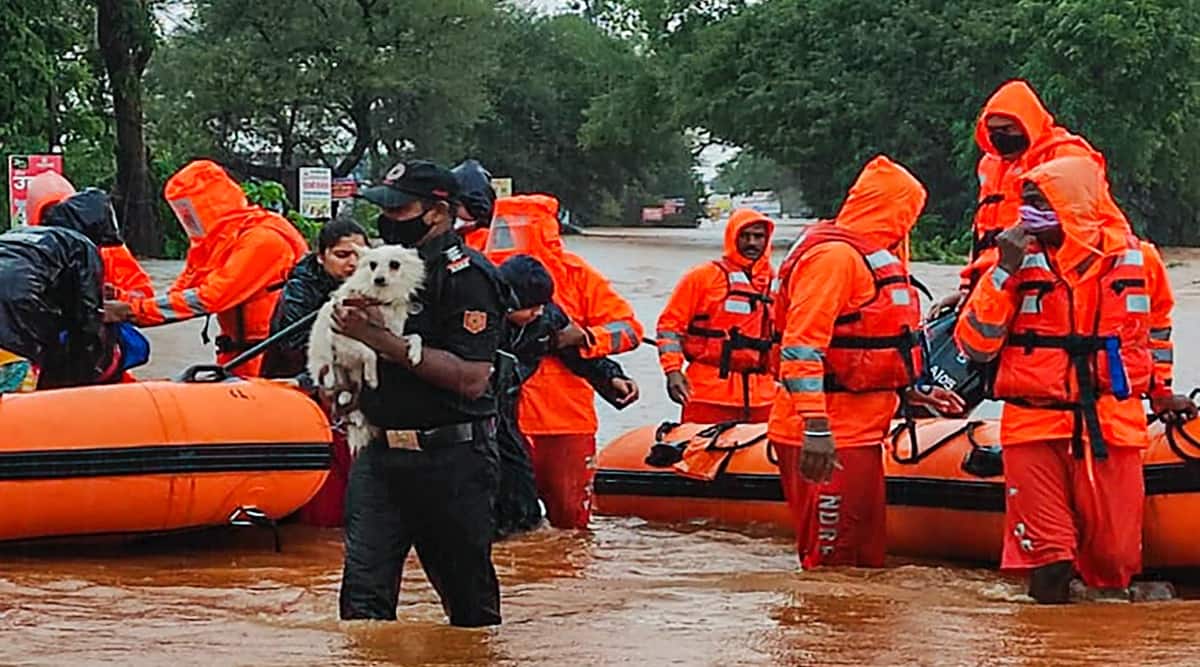 On a rainy day in Chandigarh. (File photo)

Maharashtra on Saturday continued to reel under the aftermath of torrential rainfall. Chief Minister Uddhav Thackeray visited Raigad to take stock of the situation in the flood-ravaged district, which accounts for at least 47 of the total number of deaths in rain-related incidents in the state.

The downpour has been described as “unprecedented” by the state government as it caused landslides and house collapses in the western and southern areas of the state. Thane, Raigad, Ratnagiri, Satara, Sangli and Kolhapur are the worst affected districts. The rescue teams have so far evacuated 135, 313 people from the flood-hit areas of the state.

Heavy rains in parts of Karnataka have claimed nine lives, led to landslides in eight places and evacuation of about 9,000 people in the last 24 hours. The government has sounded a Red alert in seven districts.

Widespread heavy to very heavy showers are likely to continue across India’s west coast for the next two days, following which the intensity of the rain is likely to reduce.

East and adjoining Central India will also receive heavy to very heavy rains for the next two days, according to the India Meteorological Department’s (IMD) latest weather bulletin. Meanwhile, Himachal Pradesh and Uttarakhand are predicted to receive heavy rains today, the IMD said. Isolated heavy to very heavy falls are likely in these regions on 25th and 26th July.

The IMD has also predicted an increase in widespread rainfall activity in the northeastern states of India from July 26 onwards.