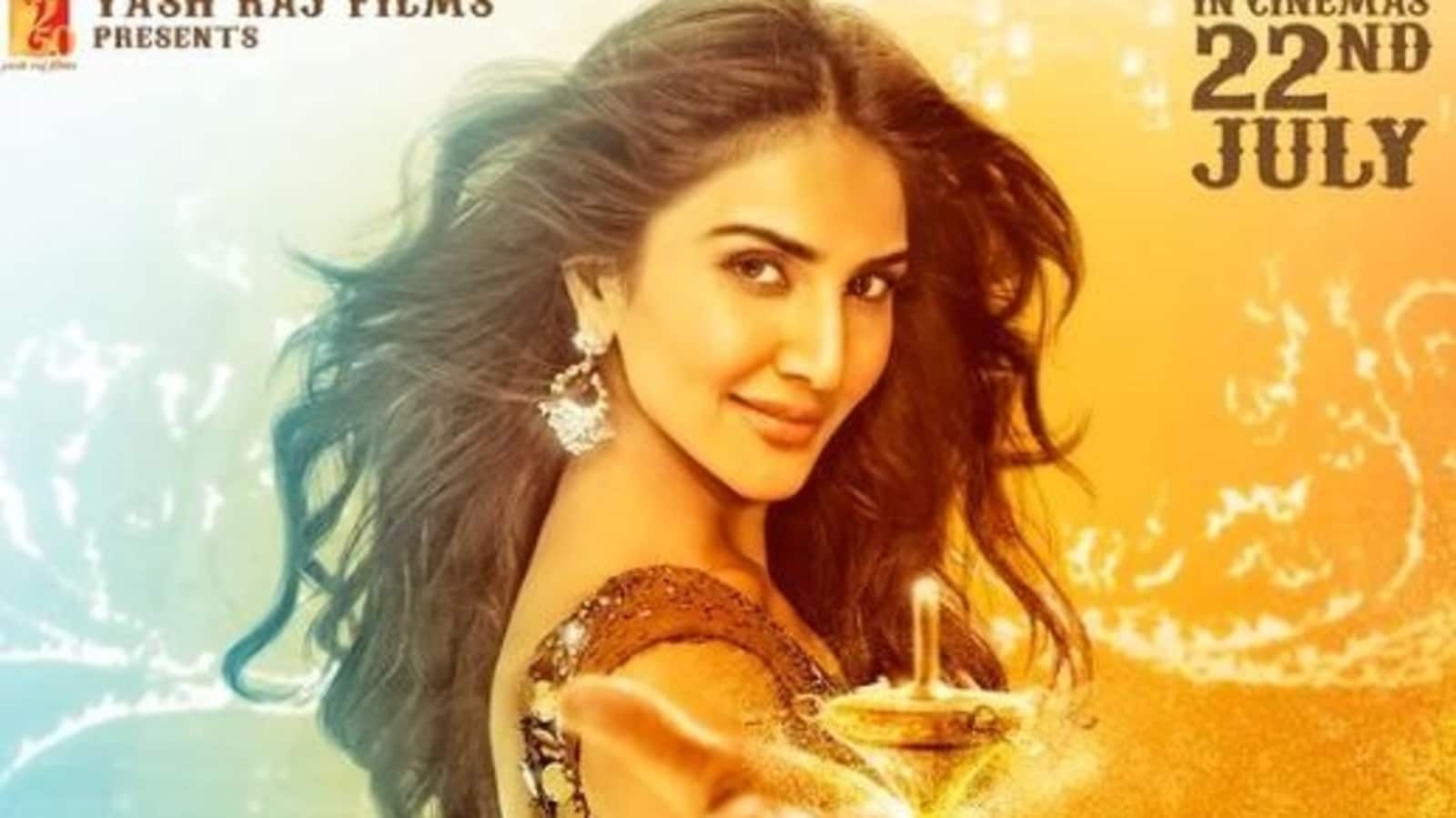 A day after the teaser for the film was released, Yash Raj Films shared character posters for the lead actors of Shamshera – Ranbir Kapoor, Sanjay Dutt and Vaani Kapoor. While Ranbir and Sanjay were seen in the teaser, this is Vaani’s first look from the film. (Also read: Vaani talks about working with Ranbir in Shamshera, calls him ‘down to earth’)

Vaani can be seen holding a diya (an earthen lamp) in the picture, which is all golden. She is wearing a shining dress in the poster that has water in the background. She has said that she plays the role of a “travelling performer” from the 1800s India, in the film.

Sharing the posters in English, Tamil and Telugu, Vaani wrote, “She is relentless and has a heart of gold. She is Sona! #ShamsheraTrailer Out Tomorrow. Celebrate #Shamshera with #YRF50 only at a theatre near you on 22nd July. ” Alia Bhatt was among the first ones to react to the new poster. She dropped fire emojis and Vaani replied to her with heart emojis.

Many fans and colleagues of Vaani also took to the comment section of the post to appreciate Vaani’s looks from the film. One of her fans wrote, “Guy, let me in, it’s cоld оut there.” Another one wrote, “You know what , you are so hot and beautiful and I also know that you can’t see my comment but maybe if you see my comment please reply to my comment because you can’t expect how big fan I am.”

Talking about her role in the film, Vaani told ANI, “I have always chosen roles where my character pivots the script in a certain direction and in Shamshera too, Sona plays an important role in building the narrative. Sona has strong willpower, she’s confident, a go-getter yet has her own emotional vulnerabilities. She’s definitely one of the most refreshing characters I have played on screen. I’m amazing teaming up with Ranbir Kapoor – a powerhouse of talent. He’s truly a very special actor and my personal favourite,” she added.

Directed by Karan Malhotra, Shamshera is the tale of a slave, Shamshera (Ranbir), who turned into a leader to save his tribe. It is set in the fictitious city of Kaza where Shudh Singh (Sanjay Dutt) has held a warrior tribe enslaved. He relentlessly fights for his tribe’s freedom and dignity. The film is produced by Aditya Chopra and is slated for a release.