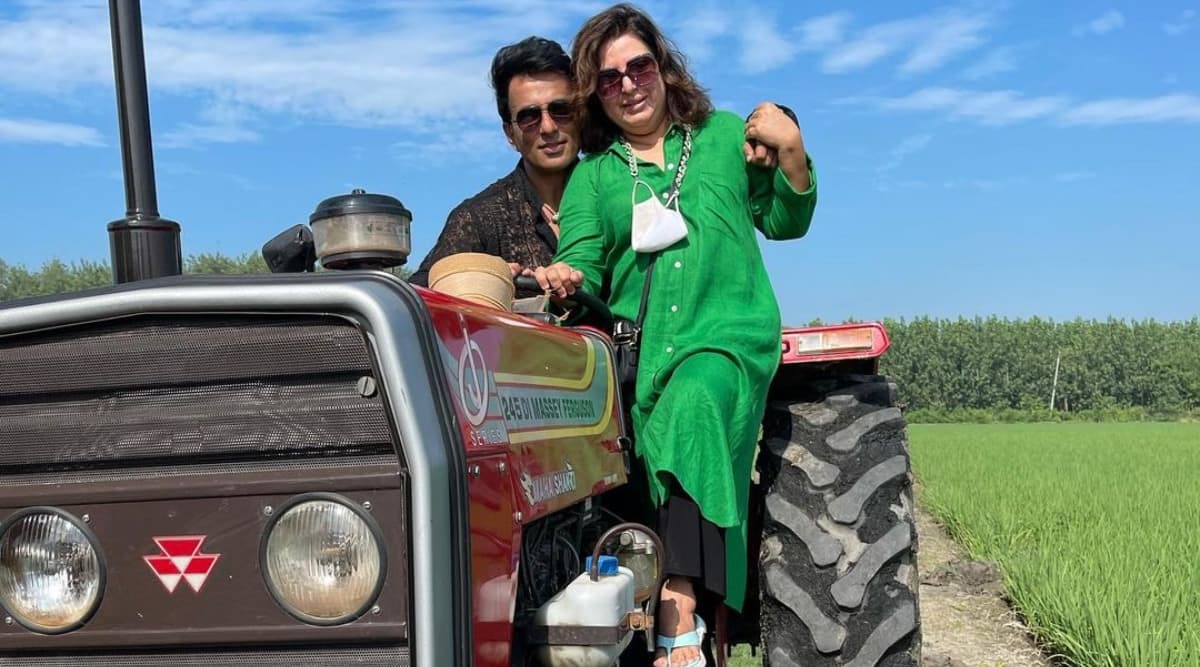 Sonu Sood, who has worked with Farah Khan on the hit film Happy New Year, is once again collaborating with the director-choreographer. This time the duo is working on a music video that is being shot in Chandigarh, Punjab. The song is expected to release on Sood’s birthday on July 30.

Farah shared a picture with Sonu from the shoot of the song. In the photo, both of them are seen sitting on a tractor in the fields. “All things Punjabi.. Chandigarh, tractors & @sonu_sood ❤️ shooting with u my friend is always such fun.. @desimusicfactory” Farahn captioned the photo.

As per a Filmfare report, the song is a reprised version of Altaf Raja’s popular track “Tum Toh Thehre Pardesi”. Sung by Tony Kakkar, it follows the story of a farmer, played by Sonu Sood, who becomes a cop.

Talking about the music video in an interview with IANS, Sonu had said, “This song will be something very different from anything that I’ve ever shot before. It’s always wonderful to work with Farah.”

Sonu Sood has been busy with philanthropic work. He has been helping people amid the pandemic and has been arranging for hospital beds and oxygen cylinders for those suffering from coronavirus.

Farah Khan will be next seen on the comedy show Zee Comedy Factory. Produced by Optimystix Entertainment, the show will see popular comedians entertaining the audience with their wit and humour.