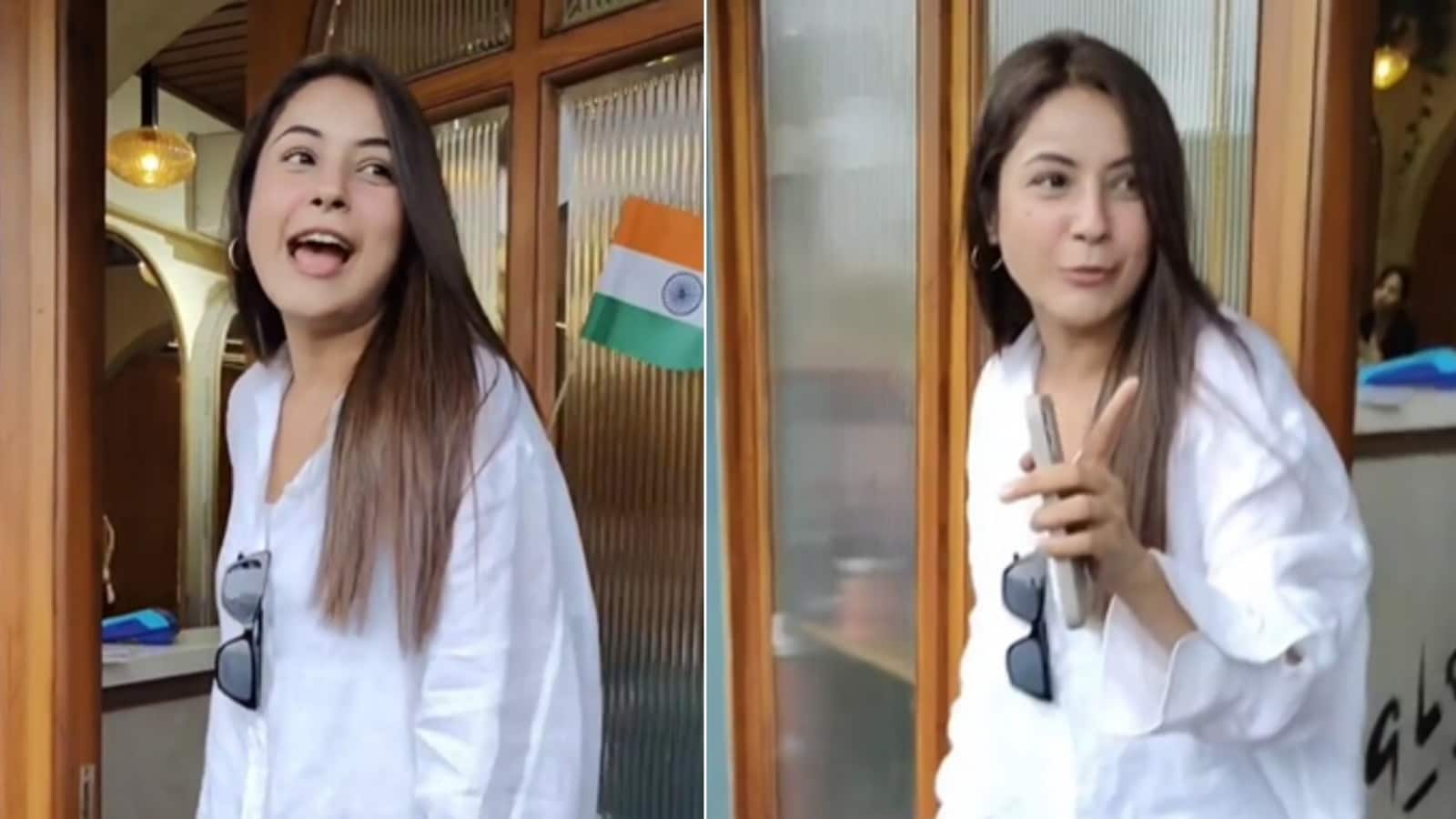 On Monday, Shehnaaz Gill was spotted outside a beauty parlour. She told the paparazzi that she got hair straightening done for ₹1000, so that they can take her photos.

Actor Shehnaaz Gill was recently spotted by the paparazzi in Mumbai. While interacting with them, Shehnaaz said that she had to get hair straightening done for ₹1000 because she thought she’ll get clicked by them. Shehnaaz is all set to make her Bollywood debut soon. Also Read: Shehnaaz Gill rolls in mud, enjoys a natural spa in her village. See pics

In the video shared by a paparazzo, a smiling Shehnaaz is seen coming out of a parlour. She says, “Tumhare chakkar mein…mujhe laga tum log bahar khade ho.. toh mujhe ₹1000 de kar hair straightening karwani padi (Just because of you guys, I mean I thought you guys might click me today and that’s why I had to spend ₹1000 on my hair straightening).”

One fan commented, “Always bubbly and sweet.” Another one wrote, “She is such a cute baby.” While one said, “She is so relatable,” many others dropped heart emojis in the comments section.

Shehnaaz shot to fame with her appearance on Bigg Boss 13 and became popular for her bonding with fellow house inmate, Sidharth Shukla. They were rumoured to be in a relationship but neither confirmed it. Sidharth died of a heart attack in September 2021. Shehnaaz is currently working on her big Bollywood debut, Kabhi Eid Kabhi Diwali. The film stars Salman Khan in lead. Also Read: Shehnaaz Gill reacts to reports of her leaving Salman Khan’s Kabhi Eid Kabhi Diwali

Recently, there were several reports claiming Shehnaaz’s exit from Kabhi Eid Kabhi Diwali because she had signed another project. Rumours also emerged that she has unfollowed Salman on social media after the new development.

Last week, she reacted to these reports in a post on her Instagram Stories, without taking the name of the film or Salman. She wrote, “LOL! These rumors are my daily dose of entertainment since last few weeks. I can’t wait for people to watch the movie and of course me too in the movie.”