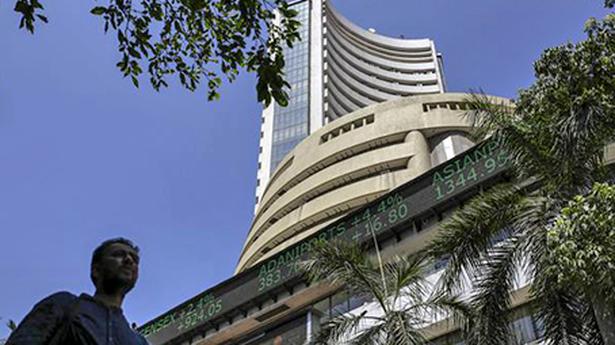 Markets bounce back after 4-day decline.

Markets bounce back after 4-day decline.

Benchmark indices rebounded on Thursday, June 16, 2022, after a four-day decline, with the Sensex rallying over 600 points in early trade, tracking firm global trends and buying in index major Reliance Industries.

From the Sensex pack, Reliance Industries, Maruti, ICICI Bank, ITC, HDFC and State Bank of India were the major gainers in early deals.

On the other hand, PowerGrid, Bharti Airtel and Nestle were the laggards.

Elsewhere in Asia, markets in Tokyo, Seoul and Shanghai were trading in the green, while Hong Kong quoted marginally lower.

Stock exchanges in the US ended with sharp gains in the overnight session on Wednesday.

Foreign institutional investors (FIIs) remained net sellers in the capital market, as they sold shares worth ₹3,531.15 crore on Wednesday, as per exchange data.