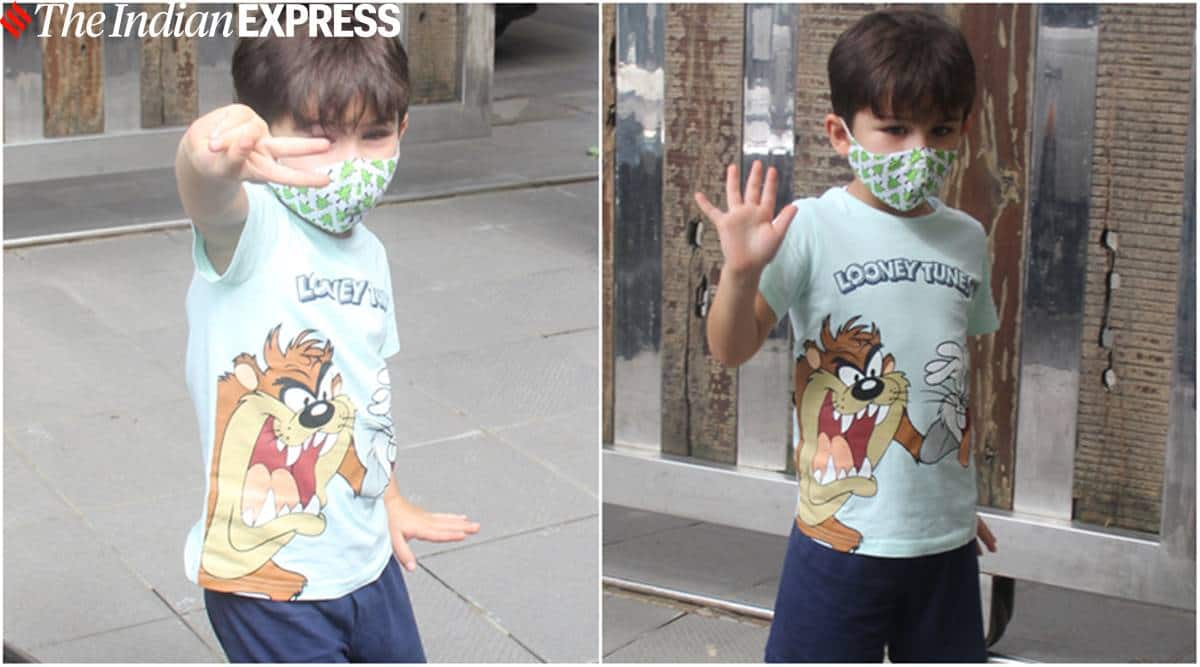 Saif Ali Khan and Kareena Kapoor Khan’s son Taimur Ali Khan never fails to win the internet with his cute photos and videos. He has often been spotted going out for a walk with his father Saif or visiting sets with mother Kareena Kapoor. Even Kareena has been giving updates on Taimur and her new born Jeh through her Instagram account.

On Saturday, Taimur stepped out with Saif and his cousin Inaaya Naumi Kemmu. When they arrived back home, a happy Taimur was excited to see the media waiting outside his house. In a video, which is going viral on the social media, Taimur shouts “media” as he gets out of the car. He gets down, takes a spot and starts posing for the shutterbugs.

The kid’s act sure left the photographers amused but even Saif was amazed to see his little one as the actor was seen patting on Taimur’s head as he walked inside. As Taimur posed, the photographers tried to get closer to him. In response to their act, Taimur is heard saying, “Only photos.” The media too made sure to assure him that they were taking only photos.

Taimur became an elder brother earlier this year as Kareena and Saif gave birth to a baby boy in February. Kareena’s father and yesteryear actor Randhir Kapoor confirmed that the couple has zeroed in a name. “Yes, Kareena and Saif’s son has been named Jeh recently,” Randhir Kapoor told PTI. Later, Kareena also confirmed the name in one of her social media posts. The actor has also been sharing photos of her little one. On Mother’s Day, sharing a photo of both her sons, Kareena wrote, “Today, the world is holding onto hope, and these two give me hope for a better tomorrow.”

On the work front, Kareena will be seen in Aamir Khan’s Laal Singh Chaddha. The actor had wrapped up the shoot of the film in 2020.