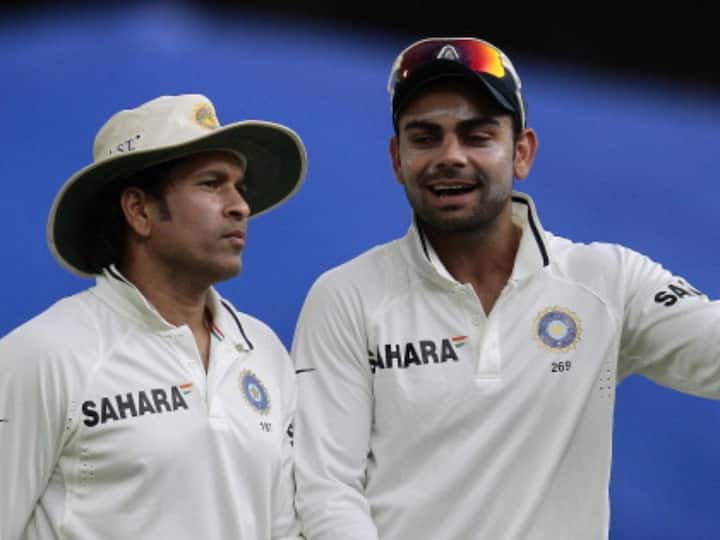 While it could be a difficult pick to choose between Sachin Tendulkar and Virat Kohli as the greatest batter, current captain of the Australian Men’s team Pat Cummins is very clear as to whom he he wants to select. The right-arm speedster even gave a valid reason for making his choice.

In a teaser for Prime Video’s forthcoming documentary ‘The Test’, the Australian speedster was asked by his teammate Usman Khawaja to pick one between the Man with 100 international hundreds of the Man chasing that record with as many as 74 tons already, Cummins chose the latter.

“Of what? Cooking?” Cummins cheekily said before answering the question.

“I think I have played Sachin only once in a T20 years ago. So I will say Virat,” he added.

Lefties first: Khawaja explains why he would rank Ganguly ahead of Laxman

Cummins too asked a question back to Khawaja asking him to rank the Indian Legends- Sachin Tendulkar, Rahul Dravid, Sourav Ganguly and VVS Laxman who formed the spine of India’s batting at the turn of the millennium often collectively know as the Fab 4.

“I would go Tendulkar, one. Dravid, the wall, two. Three, Dada. Ganguly, unfortunately this hurts for me to say for Laxman too, I love watching Laxman bat, but lefties first,” Khawaja replied to this question.

Many fans and experts, however, tend to agree that it is unfair to compare the two cricketers who played in different eras. This is because the laws of the game continue to change with changing times. For instance, while Tendulkar played at a time when there was only one new ball used in the One Day Internationals (ODIs), much of Kohli’s career coincided with an era where two new balls are used from the two ends.

Meanwhile, cricket fans are looking forward to Australia’s tour of India which will see the two top teams compete in four Test matches followed by three ODIs. The four Test matches, part of the Border-Gavaskar Trophy, will also help decide the World Test Championship finalists of the 2021-23 cycle.