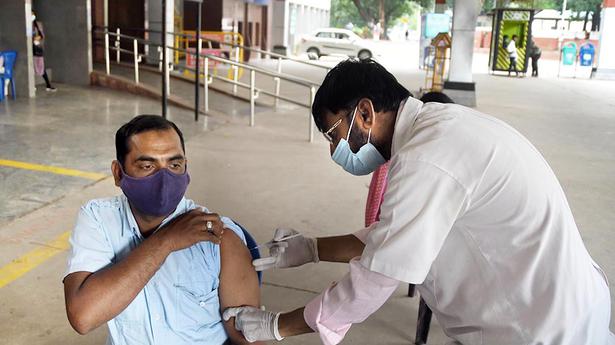 Karnataka has contributed to 10.1% of lndia’s weekly new cases in week ending August 5

Karnataka has contributed to 10.1% of lndia’s weekly new cases in week ending August 5

Karnataka has recorded a nearly two-fold rise in weekly COVID-19 cases since the third week of July. Bengaluru, which reported over 95% of the total daily cases, is now seeing a decline while the incidence is on the rise in the rest of Karnataka. At least 24 districts have recorded a significant rise in the last fortnight.

Karnataka has, in fact, contributed to 10.1% of lndia’s weekly new cases in the week ending August 5. Concerned over the increasing cases, Union Health Secretary Rajesh Bhushan has written to the State reminding it of the need for heightened action to contain the spread of cases.

“The challenges which need to be addressed have been highlighted to the State multiple times. But the consistent increase as indicated above brings to the fore the need for heightened action at the State level to contain the spread of cases,” the letter stated.

“Seven districts (Chikkamagaluru, Bagalkot, Koppal, Ramanagaram, Haveri, Kalaburagi, and Bengaluru Rural) have reported a decline in the number of total tests conducted in week ending August 4 as compared to week ending July 28. As many as 24 districts have reported an increase in cases during the same period,” the letter pointed out.

“The upcoming months are likely to witness mass gatherings in context of various festivities to be held in different parts of the country, leading to a large number of individuals undertaking intra- and inter-State journeys or congregating at the same places. This may potentially facilitate transmission of infectious diseases, including COVID-19. lt is critical for the State to ensure adequate testing is undertaken in all districts while maintaining the recommended share of RT-PCR and Antigen tests,” the letter said, adding that the State must also closely monitor districts reporting higher cases to prevent further spread of infection.

The Centre has also directed the State to monitor and report district-wise ILI and SARI cases in all health facilities. “In view of some changes in symptoms and clinical manifestation of the disease, it is crucial to monitor ILI/SARI on a regular basis for detecting early warning signals of the spread of infection,” the letter stated.

Genome sequencing of prescribed samples of international passengers as well as collection of samples from sentinel sites (identified health facilities) and local clusters of new COVID-19 cases is equally important. Such samples should be sent to the designated INSACOG lab network for sequencing, according to the letter.

Advising the State to diligently follow a five-fold strategy — Test-Track-Treat-Vaccinate and adherence to COVID Appropriate Behaviour (CAB) within the community, the Centre said renewed attention needed to be paid for ensuring of CAB in crowded places such as markets, inter-State bus stands, schools, colleges and railway stations.