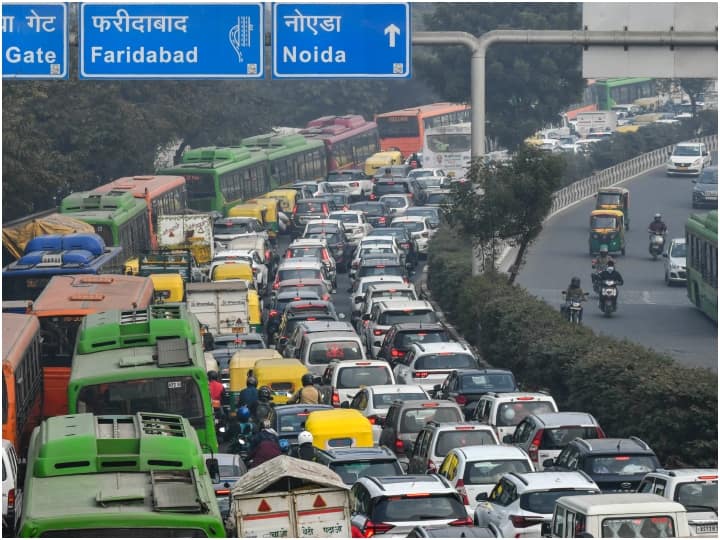 The Delhi Traffic Police issued an advisory on Sunday in view of the Republic Day Parade Full Dress Rehearsal, which is scheduled to take place on Monday. The traffic police requested the commuters to avoid the routes that have been mentioned in their advisory and plan their journey accordingly.

Delhi Traffic Police from its official handle on Twitter posted the advisory. The tweet read: “Traffic Advisory. In view of #RepublicDay Parade Full Dress Rehearsal on 23rd Jan 2023, certain traffic restrictions will be effective in Delhi. Commuters are requested to avoid the mentioned routes and plan their journey accordingly.”

Traffic Advisory
In view of #RepublicDay Parade Full Dress Rehearsal on 23rd Jan 2023, certain traffic restrictions will be effective in Delhi.
Commuters are requested to avoid the mentioned routes and plan their journey accordingly.#DPTrafficAdvisory pic.twitter.com/zAxtpEOeaj

The parade will start from Vijay Chowk at 10:30 am. and finish at Red Fort. Traffic on some roads will be controlled and redirected to allow the orderly conduct of the parade. Additionally, the police have planned alternative routes for commuters.

The march will proceed through Kadwatipath, the C-Hexagon, past the monument of Netaji Subhash Chandra Bose, through Tilak Marg, Bahadur Shah Zafar Marg, and Netaji Subhash Marg before arriving at the Red Fort. On January 23, avoid crossing the parade path between 9.30 am and 1 pm, and make your travel arrangements well in advance.

Routes To Use To Avoid Jams

The Noida Traffic Police’s traffic advice should be carefully followed by commuters going from Noida to Delhi. From January 23 at 10 pm until the conclusion of the full dress rehearsal and from January 25 at 10 pm till the conclusion of Republic Day events on January 26, the movement of goods vehicles (heavy, medium, and light) from Gautam Buddha Nagar to Delhi will be restricted. Alternative routes can be used by vehicles to get where they’re going. Commuters can dial 9971009001 for any traffic-related information.