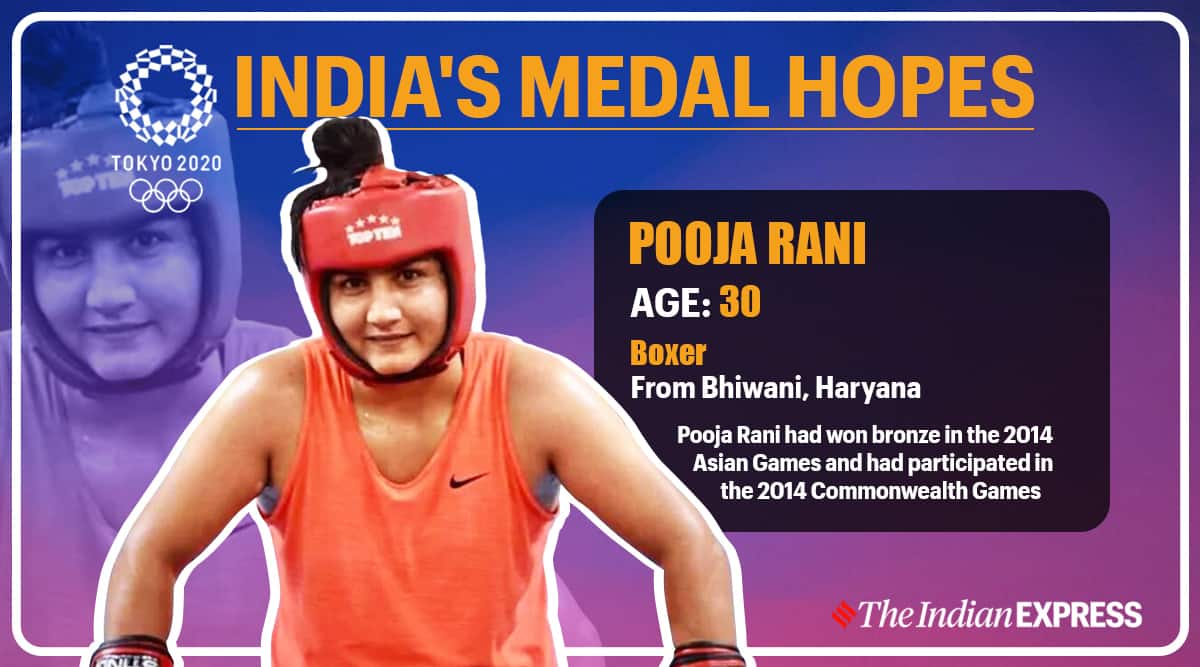 Qualified for the Tokyo Olympics with a 5–0 win over Pornnipa Chutee in the quarter-final of the women’s 75 kg at the Asia-Oceania Olympic qualifiers last year.

Pooja Rani became a youth state champion in Haryana in 2009 and and followed it up with a silver in the Youth Nationals in the 60kg category.

Her big break came in 2014, when she won the bronze medal at the 2014 Asian Games in the 75 kg category. She also represented India at the Glasgow Commonwealth Games 2014 in the 75 kg category. She won the gold medal in South Asian Games 2016. She also won Silver (2012) and Bronze (2015) in Asian Championship 75 kg weight categories. However, she failed to qualify for Rio 2016.

Pooja Rani hails from Nimriwali village of Haryana state’s Bhiwani district, which is considered to be boxing’s cradle in India. She joined the Hawa Singh Boxing Academy in her town, keeping it a secret from her family, who disapproved of the sport initially.

Pooja Rani works as an Income Tax officer in the Haryana government.