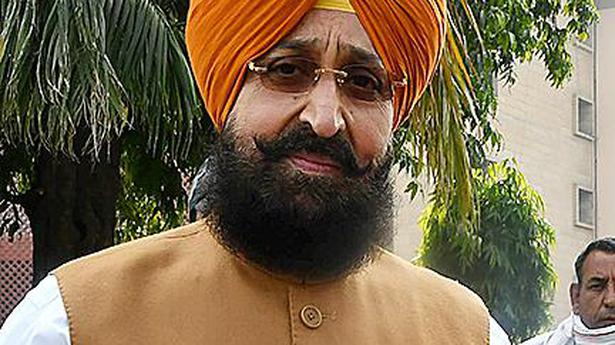 Leader of the Opposition in Punjab Partap Singh Bajwa, State Youth Congress chief Barinder Singh and several MLAs were part of the protest.

Leader of the Opposition in Punjab Partap Singh Bajwa, State Youth Congress chief Barinder Singh and several MLAs were part of the protest.

Police, in Chandigarh, on June 16, used water cannon to disperse a group of Congress leaders and workers as they tried to take out a protest march to the Raj Bhavan to denounce the “undemocratic ways” in which the party’s leaders are being “targeted” by the Centre.

The Congress’ Punjab unit led by its chief Amrinder Singh Raja Warring gathered at the party’s State headquarters in Sector 15, from where they tried to march on foot towards the Punjab Raj Bhavan, about 4-5KM away, to lay siege but were soon stopped by the police.

Leader of the Opposition in Punjab Partap Singh Bajwa, State Youth Congress chief Barinder Singh and several MLAs were part of the protest. The police had put up barricades throughout the route and when some Congress workers tried to jump over them, a water cannon was used to disperse them.

Later, they were briefly detained. Prior to taking out the march, Mr. Warring told reporters that the Centre was using “undemocratic ways” to target the party’s leaders by misusing Central probe agencies. He hit out at the BJP-led government over the Enforcement Directorate’s (ED) continued questioning of senior party leader Rahul Gandhi in the National Herald money-laundering case.

Mr. Warring also said it was shocking the way the Delhi Police entered the Congress headquarters in the capital on Wednesday and allegedly beat up several members. “I think all of this is only vendetta politics, which was never before seen in this country. One might have seen such things in Pakistan, but not here,” he alleged. The Delhi Police has denied the allegations as “totally false”.

Mr. Warring said that Rahul Gandhi has been raising various issues of public importance, which is why he was being “targeted”.

“The Centre has been misusing agencies such as the Enforcement Directorate, vigilance, CBI to target political opponents,” he said. “But we want to tell the government that we will not be cowed down by their tactics and we will fight and raise people’s issues,” he added.