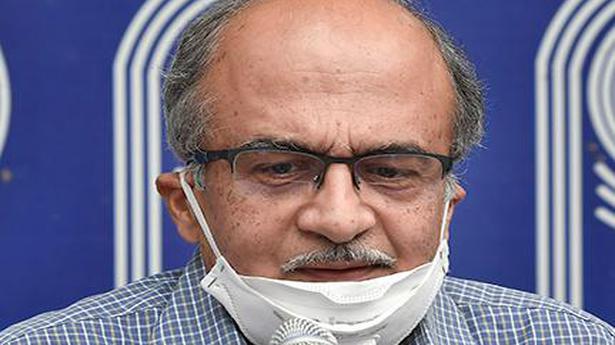 The Budget allocation for the National Security Council Secretariat (NSCS) increased 10 times from ₹33.17 crore in 2016-17 to ₹333.58 crore in 2017-18, said senior lawyer Prashant Bhushan on Friday. He alleged that it was the year when the NSO Group of Israel, which has developed the Pegasus spyware, was paid hundreds of crores for snooping on several eminent individuals’ phones.

According to the Expenditure Budget statements for the relevant years, the allocation for the NSCS first shot up 10-fold in 2017-18, but actual spending was less than double the previous year.

However, in the following financial year, before the May 2019 general election, the spending by the NSCS shot up by over 13 times from the 2017-18 levels, to well over ₹800 crore.

It was only in 2018-19 that the actual expenditure on this front shot up significantly. That year, ₹303.83 crore was allocated for meeting the ‘administrative expenses’. However, revised estimates presented later were much higher at ₹841.73 crore.

While the original Budget allocation was earmarked as revenue expenditure, as per the revised estimates, only ₹125.84 crore was for revenue spending, with the balance ₹715.89 crore reflected as capital expenditure.

The actual spending for 2018-19 ended up at ₹812.32 crore, with the proposed capex part fully spent, while the revenue spending was lower at ₹96.43 crore.

In 2019-20, there was a drastic decline in the Budget allocation for the NSCS- it was only ₹152.63 crore. Unlike previous years, this allocation was stated to be aimed at meeting the NSCS’ administrative expenses and ‘space infrastructure’. Revised estimates for the same head were pegged at ₹140.92 crore but the actual spending was ₹130.32 crore.

This year, however, the Budget has again hiked the allocation to ₹228.72 crore.

The Opposition parties have demanded an independent probe into the alleged use of “Pegasus” software for spying on Ministers, politicians and journalists.