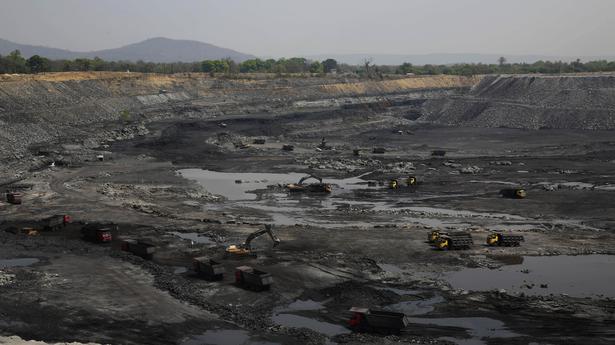 Chhattisgarh Health Minister T.S. Singh Deo on Friday said Parsa and Kete Extension — two new coal blocks in the Hasdeo Aranya region — would not be opened for mining and that Chief Minister Bhupesh Baghel had given his consent for the same.

This is the first time the Chhattisgarh government has said mining activities will no longer take place in these two blocks where there has been stiff local opposition to mining and deforestation for the past year. Earlier this year, the State government had issued the final clearances that triggered intensified protests.

“I had spoken to the Chief Minister and he was in consonance that no new mines should be opened and that I could go ahead and make the statement on his behalf,” Mr. Singh Deo told The Hindu.

So far, Mr. Baghel has maintained that the State government had no role to play in the matter and it was for the Centre to take a call on the cancellation of the blocks. In July this year, the Chhattisgarh Legislative Assembly had unanimously passed a private member resolution urging the Centre to cancel allocation of all coal mining blocks in the ecologically sensitive area.

Villagers and activists, who have been demanding that the State government withdraw all local clearances, said that while the Minister’s announcement was encouraging, there had to be a written order saying as much.

“The way we interpret it is that mining won’t happen whether the allocations are cancelled or not, which is a relief. But it’s also difficult to take a verbal commitment at face value. The government should give us in writing that it will withdraw all clearances,” said Ramlal Kariyam, a resident of Salhi village that comes under Mr. Singh Deo’s constituency of Sarguja.

In April this year, the Forest department cut down 300 trees to clear land for mining in Parsa East Kete Basan (PEKB) Phase II and Parsa blocks and Salhi village is contiguous with these blocks. The tree cutting exercise triggered massive protests and despite mining activities being halted in these blocks, the villagers have been holding a continuous sit-in against mining, demanding a permanent withdrawal rather than a temporary halt.

On the question of documenting the latest announcement through a written order, the Minister said the government would take a call on it but if the Chief Minister had said something, it gave a sense of what the government was thinking.

On mining in already operational coal blocks like PEKB — in which mining for Phase I has been completed and whose Phase II is facing resistance like Parsa and Kete Extension, Mr. Singh Deo clarified that the district administration could proceed but would have to take the villagers along. Parsa, PEKB Phase II and Kete Extension, all three have been allotted to the Rajasthan Rajya Vidyut Utpadan Nigam Ltd (RRVUNL).