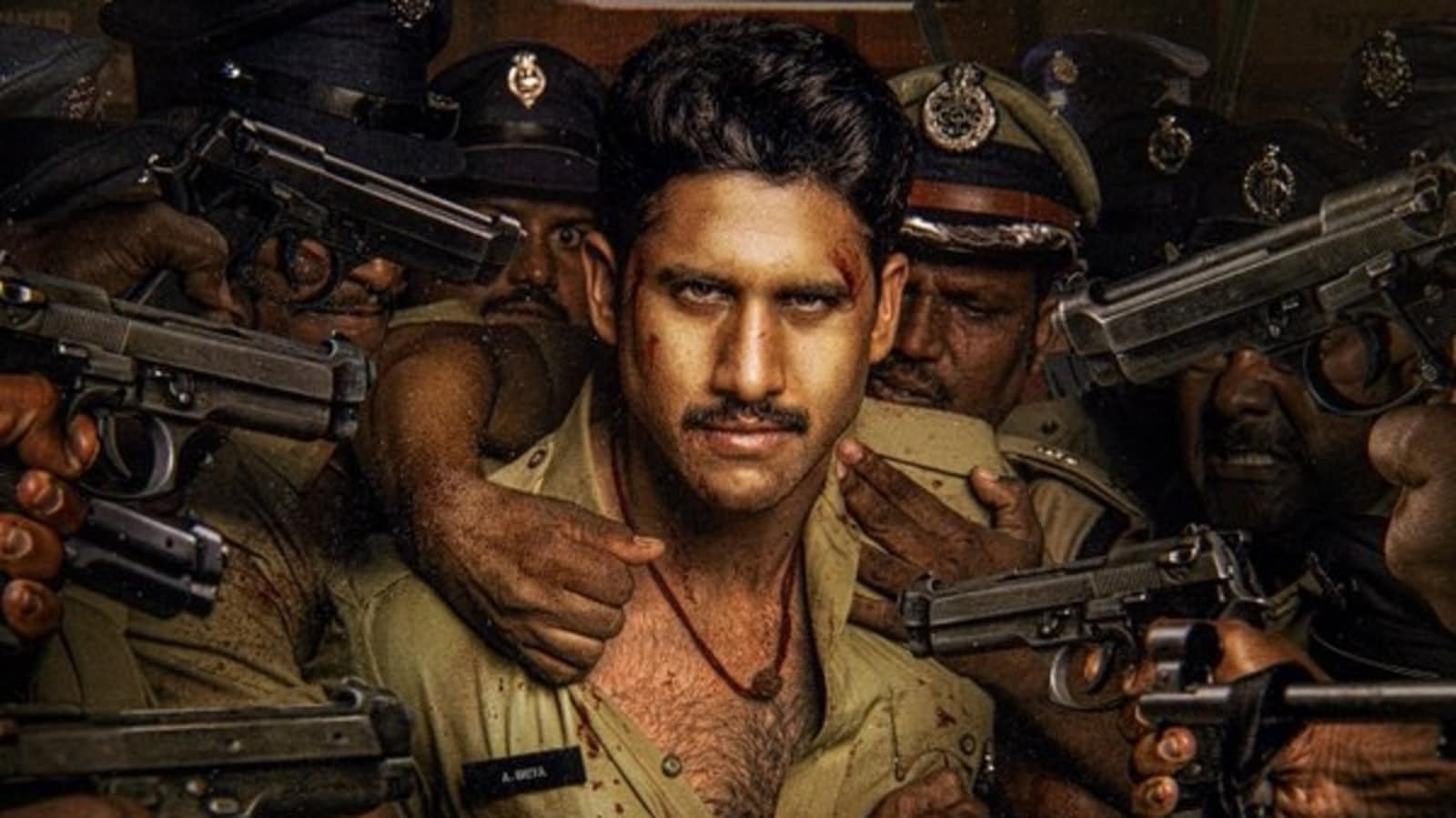 Director Venkat Prabhu took to Twitter to share the first look poster on Wednesday, which also marks Chaitanya’s 36th birthday. “Let’s be the change we want to see in the world! Happy bday bro @chay_akkineni, let the hunt begin!” he wrote.

Going by the poster, Chaitanya plays a character called Shiva. Several fans pointed it out and ask if the name is a tribute to his father Nagarjuna’s iconic film Shiva. “Shiva is the hero’s name. Hope this is some kind of tribute to Nagarjuna’s epic movie Shiva.”

The project marks Venkat Prabhu’s foray into Telugu industry. The film also stars Krithi Shetty, Arvind Swamy and Sarath Kumar among others. Interestingly, the film has music by both Ilayaraja and his son Yuvan Shankar Raja.

In Telugu, he was last seen in Vikram Kumar’s Thank You, which bombed at the box office. In the film, he played a self-made millionaire who goes on a journey to thank those people who shaped his career and were responsible for his success.

Chaitanya also awaits the release of Vikram K Kumar directed Prime Video series Dhootha. This series marks his OTT debut and it is tipped to be a paranormal thriller.