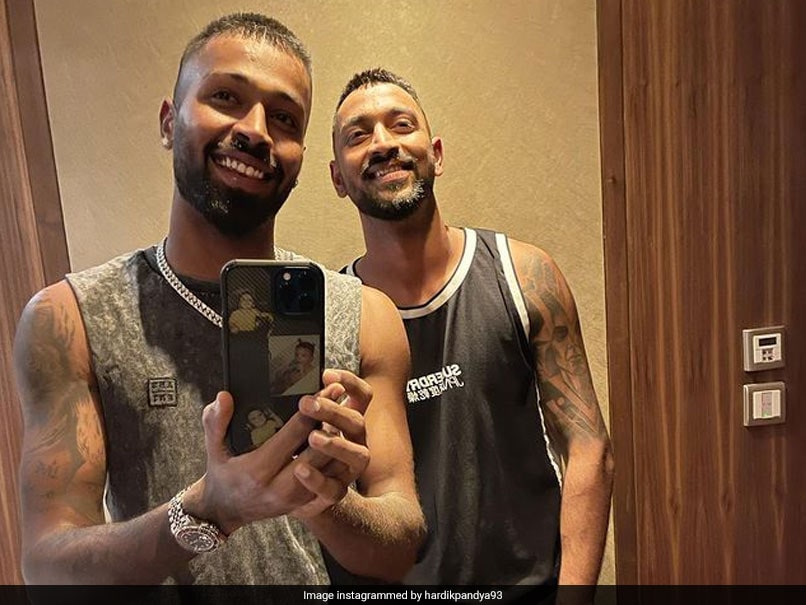 That the Pandya brothers – Hardik and Krunal – have brought glory to Indian cricket is something we are all aware of. The two all-rounders have impressed for India in white ball cricket, and are also terrific fielders. What we have also known from their time at their Indian Premier League (IPL) franchise Mumbai Indians (MI) is that the two are inseparable and back each other to the tilt in trying times. On Friday, a post on Instagram from Hardik once again showed the love and respect that they carry for each other.

In the photograph, the two were seen sporting big smiles. Their fans loved the photograph and, within an hour of being posted, it had already received over 4.62 lakh ‘likes’.

In many of the comments, fans and followers of the duo posted “heart” emojis.

An Instagram user, @ashishgurjar999, commented: “Big fan of you Sir.”

Another fan, @ashishsingh6241 said that he was waiting for Hardik’s big knock on the Sri Lanka tour, where Team India is currently playing a three-match ODI series under the captaincy of Shikhar Dhawan.

In the past, too, Hardik has posted pictures with his brother. Just a few days ago, he had shared an image featuring Ishan Kishan and Krunal. Hardik had dedicated the post to Ishan, who had played a crucial 59-run knock on his debut.

On July 2, the star Indian all-rounder, in another post, wrote: “Intense first session with the boys in blue.” This was just before the start of the ODI series against Sri Lanka.

“Looking forward for the matches,” Hardik wrote, sharing a picture of himself and a smiling Krunal, sitting inside the team bus.