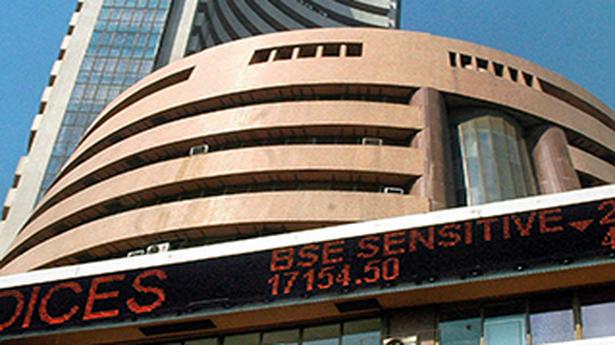 Equity benchmarks snapped their six-session rally to close marginally lower on Thursday amid profit booking in banking and energy counters.

Investors also stayed on the sidelines ahead of the RBI’s policy meet outcome on Friday.

“Profit-taking finally came into play after 6-session gains, as rate-sensitive sectors like banking and realty faltered ahead of the RBI’s policy meet outcome on Friday. Key indices pared most of their losses towards the end as strength in other Asian and European indices aided sentiment,” said Shrikant Chouhan, Head of Equity Research (Retail), Kotak Securities Ltd.

Among the Sensex constituents, NTPC, State Bank of India, Axis Bank, Reliance Industries, Power Grid and Kotak Mahindra Bank were among the laggards.

In Asia, markets in Seoul, Tokyo, Shanghai and Hong Kong ended in the green.

Foreign institutional investors remained net buyers in the capital markets as they bought shares worth ₹765.17 crore on Wednesday, as per exchange data.