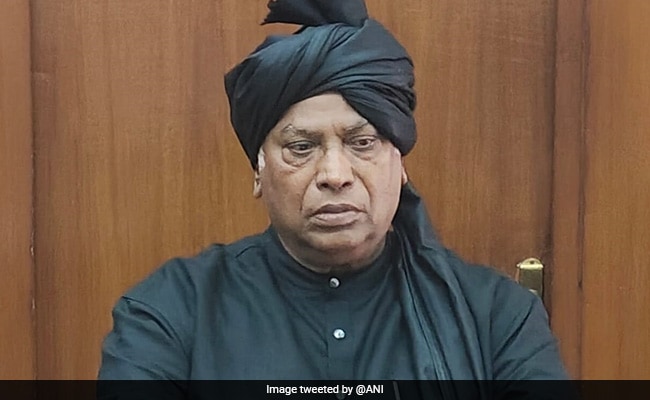 Delhi | Leader of Opposition in Rajya Sabha Mallikarjun Kharge wears a black kurta and turban in protest against price rise and unemployment pic.twitter.com/bWs2AxMweI

The Congress has been complaining against the price rise and the hike in the Goods and Services Tax (GST). The opposition party has also been demanding a discussion in both houses of Parliament on these issues.

Congress MPs have been staging protests both inside and outside Parliament on these issues.

Mr Kharge was yesterday questioned by the Enforcement Directorate in connection with a case linked to the National Herald newspaper.