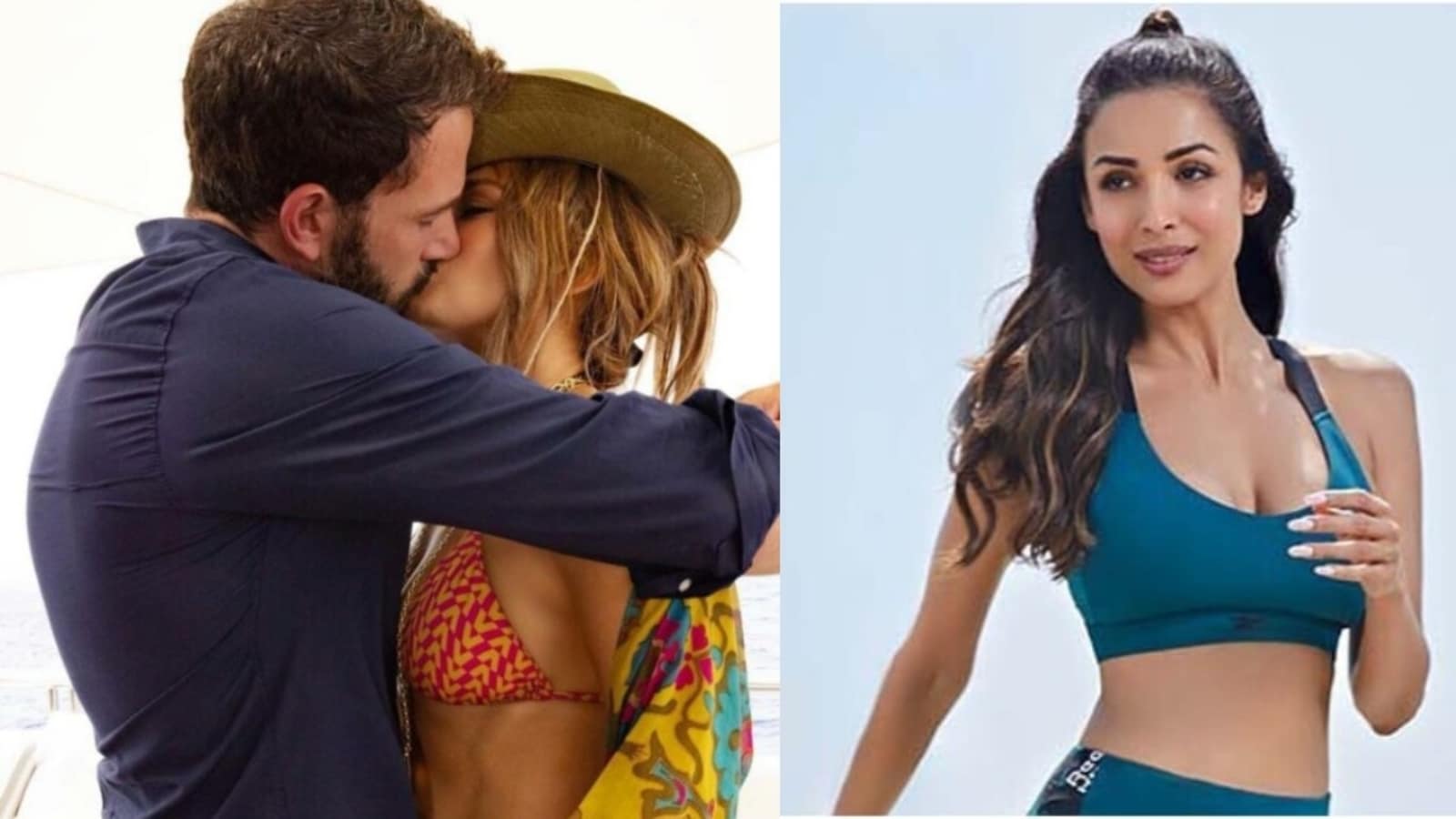 Malaika Arora has shared her reaction to Jennifer Lopez and Ben Affleck’s latest pictures. The international singer, on her 52nd birthday, took to Instagram to share a series of pictures from a yacht. Jennifer was wearing an orange bikini, a hat, and a floral sarong. The series included a picture of Ben and Jennifer sharing a kiss, confirming rumours of their relationship. She had shared the post with the caption, “5 2 … what it do …”

Taking to Instagram Stories, Malaika Arora shared the picture of Ben Affleck and Jennifer Lopez kissing along with the caption, “ufffffff” and a fire emoji. She also shared a solo picture of Jennifer and called her a ‘Queen.’

Not only Malaika but her sister Amrita Arora also called Jennifer a queen. Sharing the same solo picture of Jennifer as Malaika, Amrita said, “Just gonna leave this here …. Queen.” Neelam Kothari, who was recently seen in Fabulous Lives of Bollywood Wives, also shared the picture and called the singer her inspiration. She wrote, “52!! Age is just a numner … she’s my inspiration.”

Jennifer also received love from fans across the globe. Although her fit physique caught Bollywood’s attention, fans shipping Jennifer and Ben were thrilled to see them officially back together.

Jen and Ben were engaged in 2002 but split in 2004. They co-starred in the films Jersey Girl and Gigli. They postponed their 2003 wedding, days before they were set to walk down the aisle and officially split by January 2004.

Meanwhile, 47-year-old Malaika also gives fitness inspiration to fans. The actor and television personality swears by her fitness routine. She is often spotted leaving her yoga studio after an intense workout session. She had once revealed that she doesn’t miss a workout session, not even during a vacation.

Speaking with a leading daily about missing her workouts, Malaika had said, “I seldom do. Even when I’m traveling, I try to find classes where I can enroll and be part of. So, it is very rare that I completely not do anything. Otherwise, it’s just part and parcel of my life, where I have to be doing some yoga every day.”