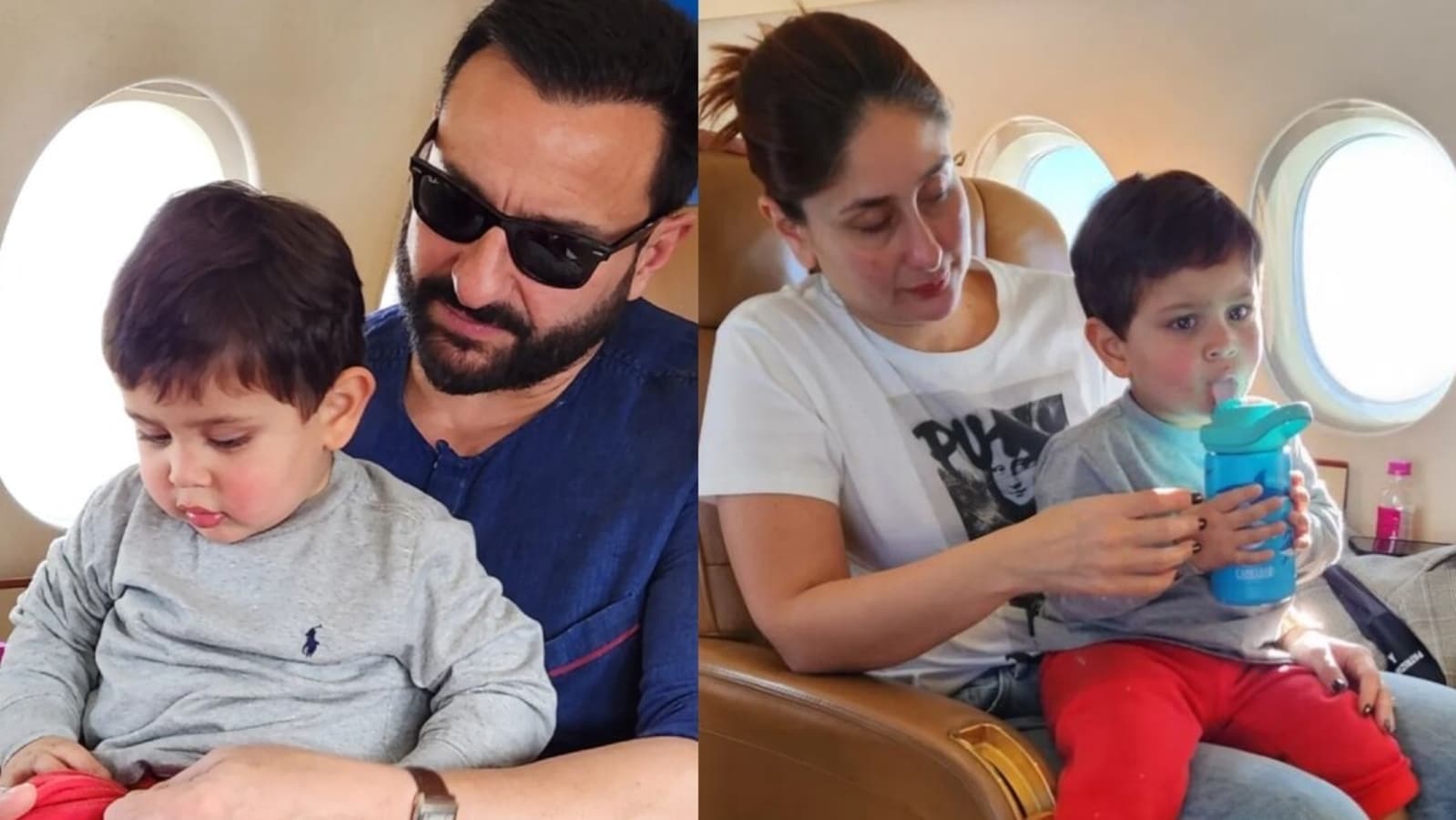 Saba Ali Khan shared two unseen photographs of her nephew Jehangir Ali Khan on Instagram on Sunday. The toddler is on an airplane with his parents Saif Ali Khan and Kareena Kapoor. The candid photos taken by Saba seem to be of a family trip on a private jet. The jewellery designer called Jeh ‘everyone’s dumpling’ as fans shared comments of ‘adorable’ and red heart emojis on her post. (Also read: Saba Ali Khan shares cute pictures of nephews Taimur Ali Khan, Jehangir Ali Khan, calls them ‘munchkins’)

For the second photo, he is on his mother Kareen’s lap, having a drink for a sippy cup. Kareena Kapoor is dressed casually in a white T-shirt and blue jeans. Older brother Taimur Ali Khan is missing from the photos. Actor Delnaaz Irani dropped red heart emojis on the photo. A fan remarked, “Oh my goodness!!! What genes!!!!” Another one wrote, “Cutie pie Little Jeh!!!! (red heart emojis).”

Jeh will be turning two years old on February 21. Taimur turned six on December 20, 2022. The Khan family spent their Christmas holidays in the UK and brought in the new year in Gstaad, Switzerland. It was the first time that little Jeh had joined the rest of the family in Switzerland. They had not been able to visit their favourite destination prior to 2022 because of Covid-19 restrictions on travel around the world.

Saif was last seen in the thriller Vikram Vedha with Hrithik Roshan last year. He is awaiting the release of Adipurush, a retelling of the Mahabharat with Prabhas, Sunny Singh and Kriti Sanon. Kareena was last seen in the Aamir Khan-starrer Laal Singh Chaddha. She is awaiting the release of Sujoy Ghosh’s The Devotion of Suspect X, an untitled film with Hansal Mehta, and The Crew with Tabu and Kriti Sanon.