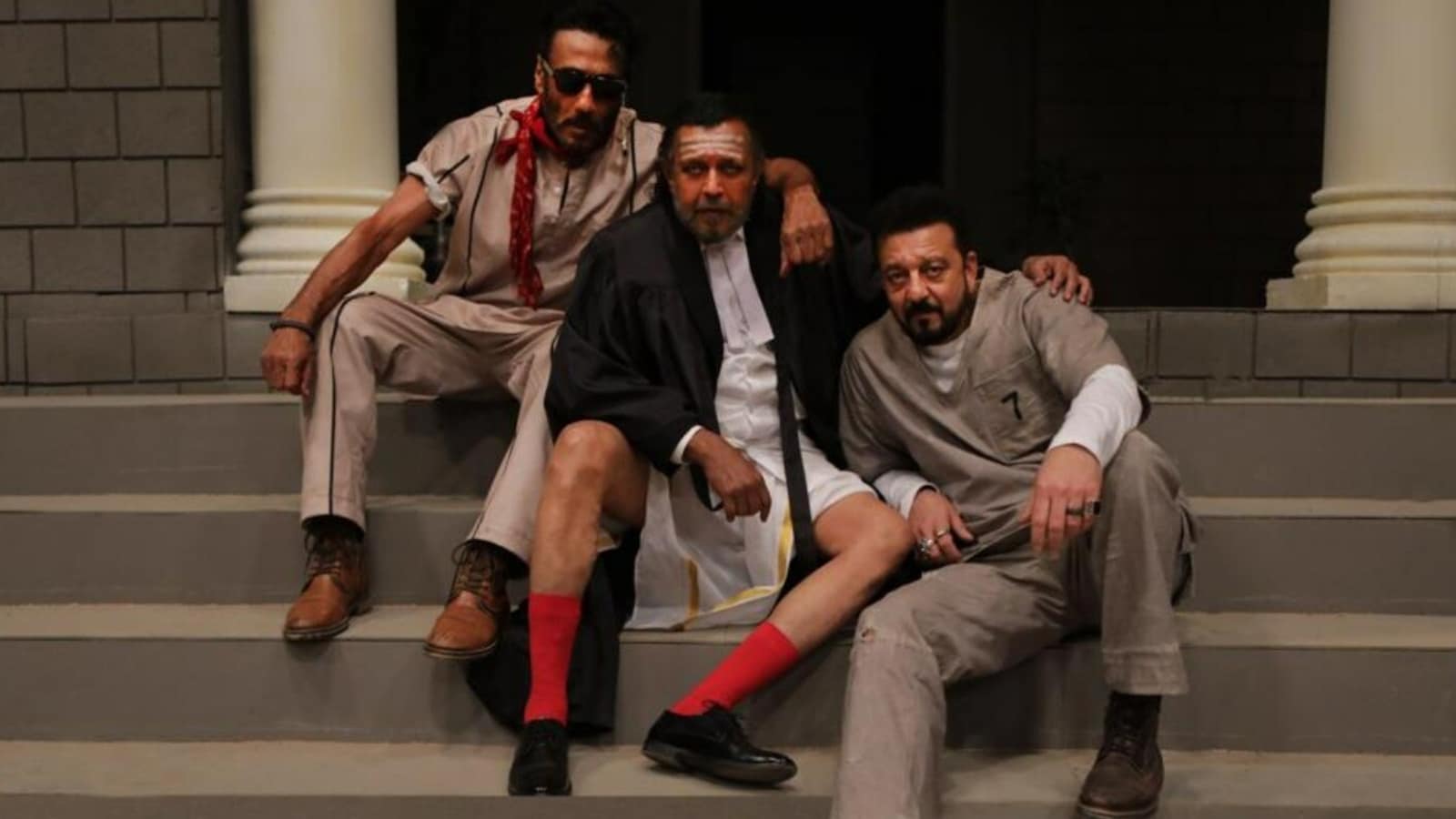 Jackie Shroff, Mithun Chakraborty, Sanjay Dutt and Sunny Deol are all set to start together in an upcoming action entertainer, Baap. The superstars from the 80s and 90s have now hit the floors for the project and shared a picture from the sets. However, it’s Sunny who is missing from the picture. (Also read: When Mithun Chakraborty spoke about his struggling days, sleeping in public park: ‘Main footpath se aaya hoon’)

Their film announcement comes on Mithun’s 72nd birthday. Previously, media reports had suggested that Sanjay, Mithun, Jackie and Sunny will be headlining an upcoming action flick directed by Vivek Chauhan. The film team will reportedly wrap up its filming within a month with their marathon schedule, taking place at multiple locations. They are believed to be filming a portion of the film in a Mumbai studio as well. While makers are yet to officially announce the project, Pinkvilla had reported that Baap is being backed by Ahmed Khan in collaboration with Zee Studio.

Mithun Chakraborty was last seen in Vivek Agnihotri’s The Kashmir Files. He has a Bengali film, titled Projapoti in his kitty. Jackie Shroff, on the other hand, was last seen in Akshay Kumar-starrer Sooryavanshi. Meanwhile, Sanjay Dutt is currently basking in the success of KGF: Chapter 2, which starred Yash. He will be next seen in Ranbir Kapoor’s Shamshera and Khalnayak 2.

Sunny Deol has several projects lined up. Apart from Baap, he will be reuniting with Ameesha Patel in Gadar 2 He also has Soorya, the Hindi adaptation of the Malayalam hit Joseph. He is also a part of Apne 2, with Dharmendra, Bobby Deol and son Karan Deol.