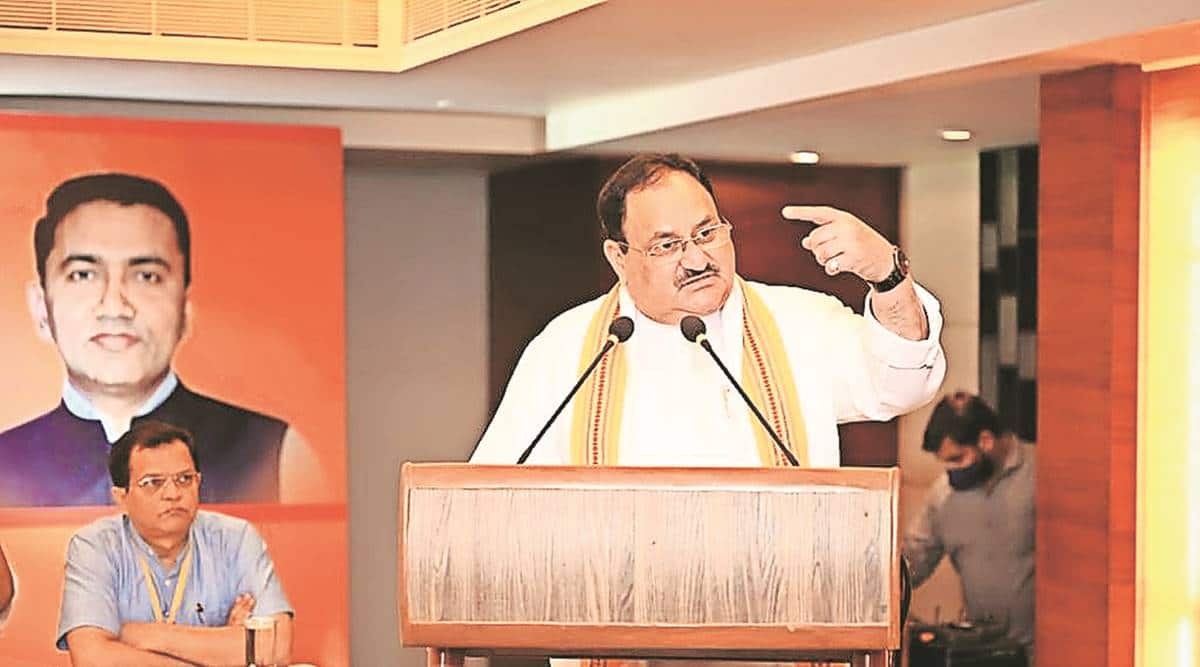 With Goa Assembly elections scheduled early next year, BJP president J P Nadda arrived to the coastal state on Saturday on a two-day visit and held a series of meetings with nearly 100 office-bearers of state BJP, including ministers and MLAs.

While cracks had appeared in the party’s state unit amid a raging second wave of the Covid-19 pandemic in May, BJP leaders said all issues have been resolved now. A rift between Chief Minister Sawant and Health Minister Vishwajit Rane was put to rest after senior BJP leaders intervened, they said.

Panaji MLA Atanasio Monserrate, who defected to BJP with nine other Congress MLAs in 2019, said the meeting was a brainstorming session and various issues were discussed with MLAs ahead of the Assembly polls.

“This meeting (with Nadda) is to discuss party matters, for guidance and for encouragement to party leaders and workers,” Goa BJP chief Sadanand Tanavade said.

State Ports Minister Micheal Lobo told reporters after the meeting that the party is now “in election mode” “He (Nadda) is here for assessment — he has asked all MLAs to get their constituencies prepared,” Lobo said.

PWD minister Deepak Pauskar said that in the meeting, each of the BJP’s 27 MLAs in the state spoke about issues in their constituencies and how they plan to take their work forward in the months leading the Assembly polls.