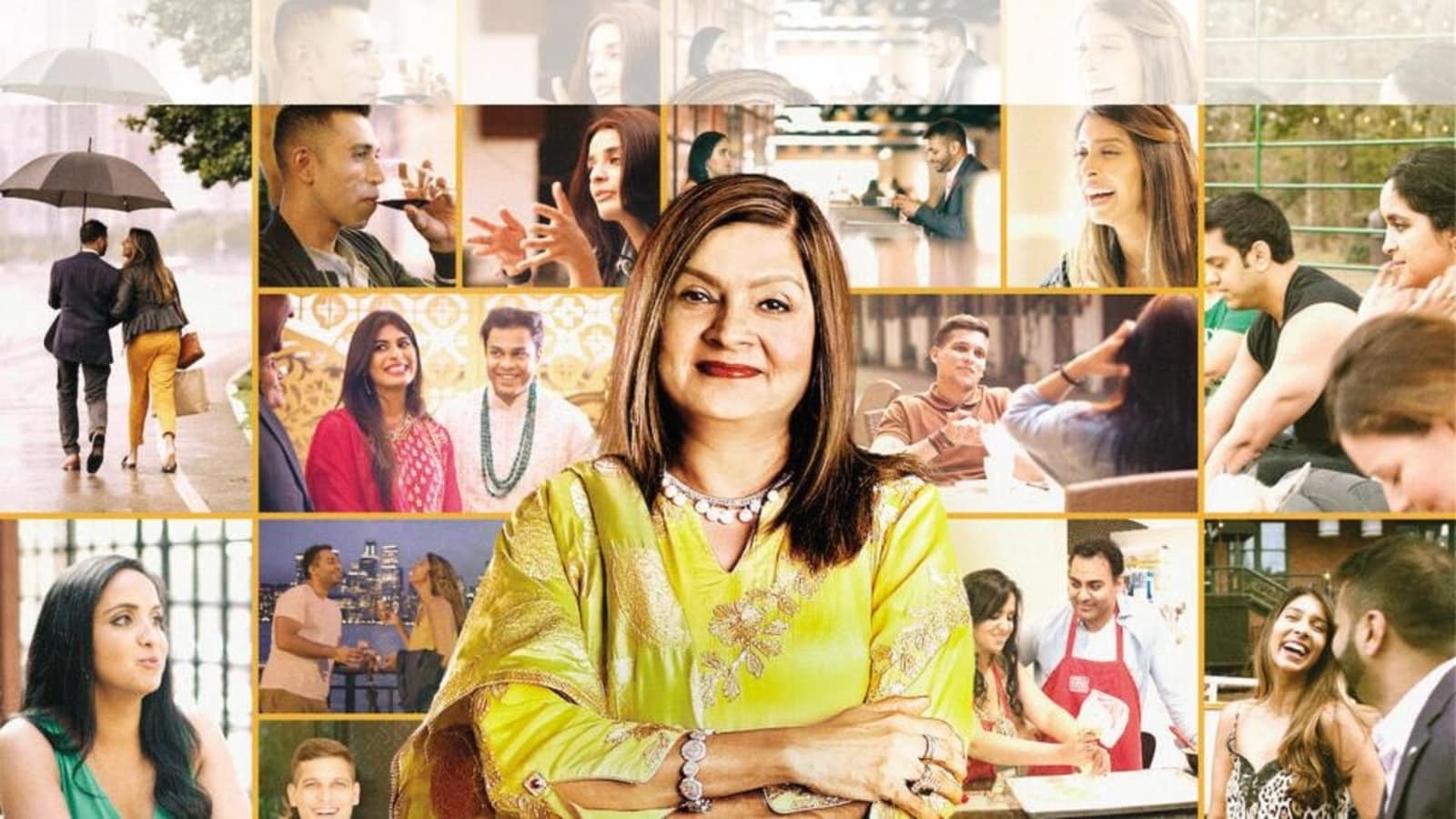 Sima Taparia, of Indian Matchmaking fame, has revealed in a recent interview that she once matched a client at an airport carousel in India and at The Alps. She also spoke about the ‘gurumantra’ behind her successful marriage.

Indian Matchmaking released last year. While it became the talk of the town instantly, the Netflix show has now received a nomination for the Outstanding Unstructured Reality Program category in the 73rd Emmy Awards.

Speaking with Pinkvilla, Sima Taparia revealed that she matched people at the Bengaluru airport carousel and The Alps. Calling it ‘all destiny’, she said that she came across a good boy and someone was asking for a good match, ‘so I matched like that’. She added that matches are made in heaven and ‘God has only sent me on the earth to match them’.

On her marriage, she said, “The secret is the big big big adjustment between me and my husband. I’m east then he is west. Imagine if east and west have to stay together, then how big an adjustment that is. But happily, we have adjusted…A young boy and girl who have come from two mother’s wombs, how can they be the same? There has to be some difference. So, between me and my husband, there’s an east and west difference but we have adjusted very-very-very well.”

Recently, Sima shared her reaction to Indian Matchmaking bagging an Emmy nod. Speaking to Hindustan Times, she had said, “The show recently completed one year and now with the Emmy nod, it has turned out to be a double celebration for me. Getting recognised on a global platform is a big deal, considering the show is about arrange marriage, which is a deep rooted tradition in Indian culture. Aur hum zaroor jeetenge (We will definitely win).”

Sima Taparia’s Indian Matchmaking is competing against Drag Race: Untucked, Below Deck, Becoming, and Selling Sunset at the Emmys. The winners will be announced on September 19.