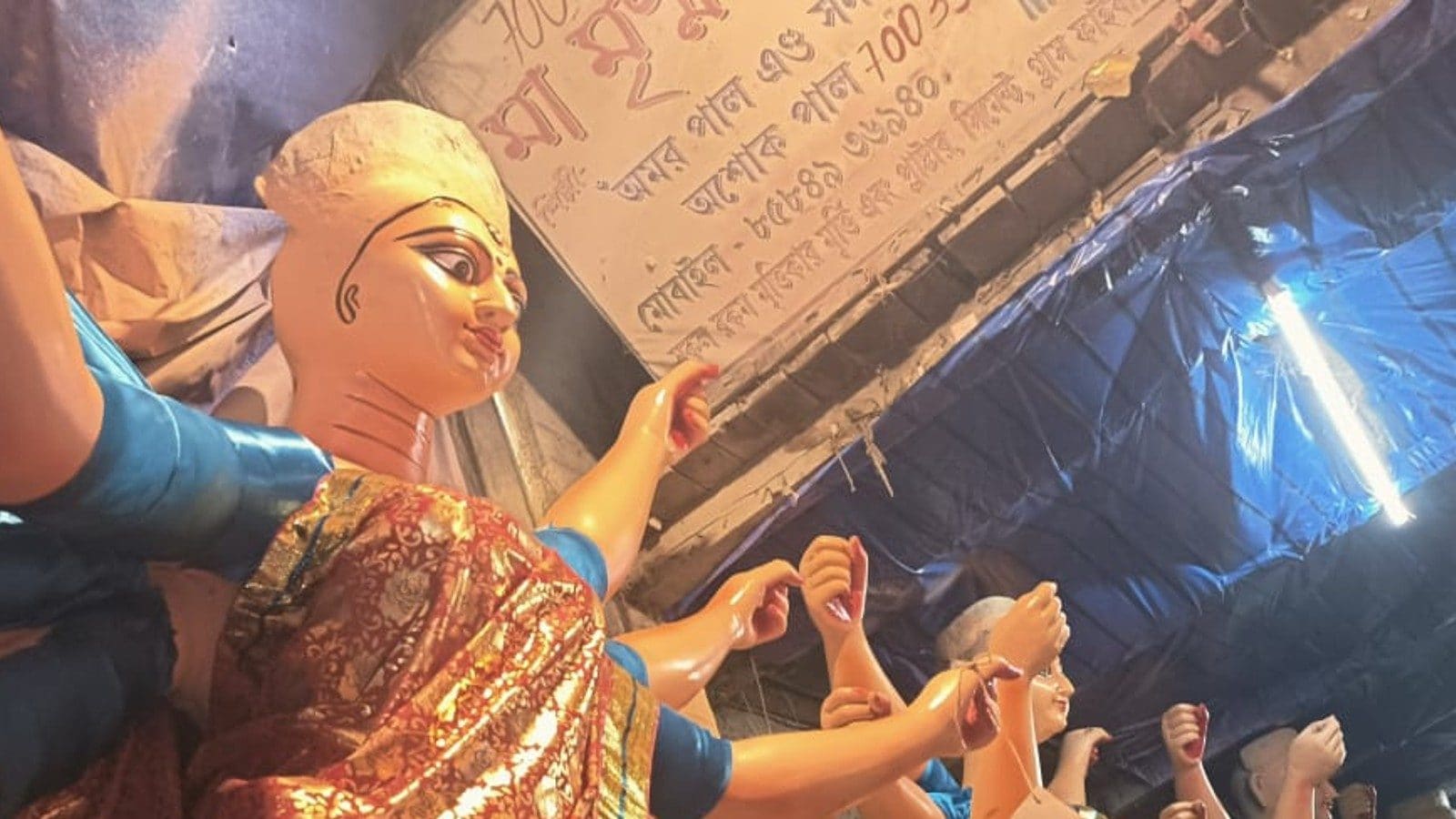 From the time preparations for the Durga Puja season kicked in, Kumartuli in Kolkata becomes the busiest place in town. There is something about the decor of this place that reminds people of the arrival of autumn. The otherwise buzzing town was shut down due to the pandemic, but this year it’s back to business. Durga Puja is all set to be celebrated in grandeur and preparations began way back in December last year – post Christmas.

While it is no secret that Durga Puja is the most significant festival of Kolkata, five days in particular are the highlight. The entire city of Kolkata adorns its best possible look. Artists in the city play a huge role in the preparations for the festival as they are the Godmakers – the artists behind the larger than life Durga Statues that take over the streets of the city.

Kumartuli in particular has a legacy. Between the lanes of Shobhabazar and Ahiritola, gifted artisans continuously nurture art and try to bring the Gods and Goddesses ‘back to earth’. The place has its own flavour and it has now turned into a major tourist attraction.

Idol making in Kumartuli became popular in 1757. Lord Clive defeated Siraj-ud-daula at the Battle of Plessey, an incident that changed the Indian history. Reports suggest that Robert Clive wanted to pay homage to God for his victory but the only church in Calcutta – St. Anne’s Church – had been demolished during the siege of the town.

Sri Nabakrishna Deb of Shobhabazar, a patron of Clive suggested he make an offering to the Goddess Durga at his house in Shobhabazar. This is the known to have been a starting point for Durga Puja celebrations at Shobhabazar during autumn.

The famous Durga Puja in 36, Nabakrishna Street is still called “Company Puja” and the streets of Kumartuli still holds this history. However, with changing times, artists are welcoming new ideas with open arms. They are not only restricting themselves to making traditional idols, but also adding a modern touch to their doll-making. Over the past two-three decades, idol makers have been sending their idols to various parts of the globe.

The artisans also welcome the UNESCO’s decision to honour Kolkata Puja as a heritage. Celebration have intensified since then. It’s just two days to go for Mahalaya and the last touch of colour is underway and it must go without saying that the role of Kumartuli artisans must to be recognised, rewarded and appreciated.