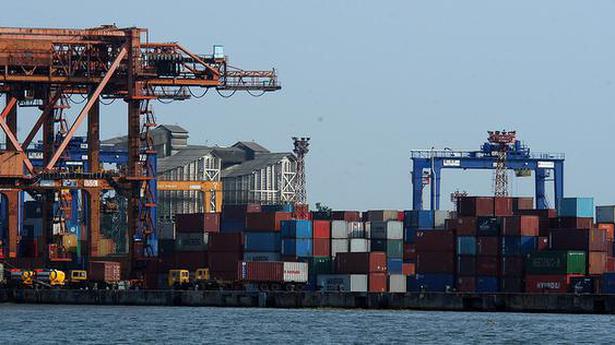 Centre to monitor moves but has set no levels for rolling back windfall tax: Bajaj

Centre to monitor moves but has set no levels for rolling back windfall tax: Bajaj

The government will review the just introduced windfall tax on domestically produced crude oil and fuel exports every two weeks based on foreign currency rates and international oil prices, but no levels have been fixed for its recall, top officials said on July 4.

Revenue Secretary Tarun Bajaj said the $40 per barrel level of oil prices being talked about for a rollback of the levy is unrealistic, considering the international oil rates currently.

The review is based on the premise that if crude prices fall, then windfall gains will cease and new taxes would be rolled back.

“There is a way we will monitor it every 2 weeks, depending on the foreign currency rates and depending on where the international prices are,” Mr. Bajaj said.

“What is the dollar to rupee, the international price of diesel, crude, what is the domestic cost of crude, will keep reviewing it. You can decipher it yourself once we review it.” The government last week slapped an export tax on petrol, diesel and jet fuel (ATF) and imposed a windfall tax on crude oil produced locally.

Brent, the world’s best-known crude benchmark, was trading at $112.03 per barrel on July 4. The rupee dropped to 78.99 against the dollar in early trade on July 4.

India is 85% dependent on imports to meet its crude oil needs and a weaker rupee makes imports costlier.

CBIC Chairman Vivek Johri too said there was no cap decided yet for review of the windfall tax.

“No, we haven’t thought of that,” he said when asked about the level for reviewing the windfall tax. “The rates will be reviewed every 15 days depending on how the prices of crude and refined products behave in the international market.” On the $40 per barrel decline cap for a review, he asked, “You expect it to fall by $40?

Additionally, a ₹23,250 per tonne tax was levied on crude oil produced domestically.

Finance Minister Nirmala Sitharaman had last week said that “phenomenal profits” made by some oil refiners on exporting fuel at the expense of domestic supplies had prompted the government to introduce an export tax on petrol, diesel and ATF.

The government also framed new rules requiring oil companies exporting petrol to sell in the domestic market, the equivalent of 50% of the amount sold to overseas customers, for the fiscal year ending March 31, 2023. For diesel, this requirement has been put at 30% of the volume exported.

These restrictions on export are also aimed at shoring up domestic supplies at petrol pumps, some of which had dried up in states like Madhya Pradesh, Rajasthan and Gujarat as private refiners preferred exporting fuel to selling locally.