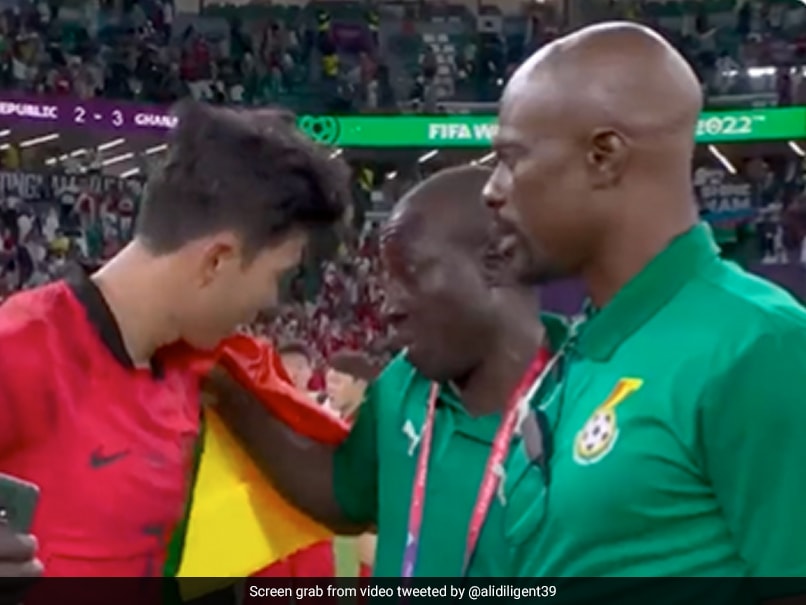 South Korea played their heart out in a Group H match against Ghana before going down 2-3 in a pulsating encounter on Monday. Mohammed Kudus scored twice as Ghana kept their World Cup hopes alive and leave Paulo Bento’s side facing an early exit. Mohammed Salisu opened the scoring against the run of play midway through the first half at Education City Stadium and Ajax midfielder Kudus doubled the Black Stars’ lead. But the Asian side, who looked toothless in the first half, roared back after the break, pulling level through a quickfire double from forward Cho Gue-sung either side of the hour mark.

Ghana looked shell-shocked as the Korean fans celebrated wildly but they were back in front in the 68th minute when Kudus finished calmly at the back post after Inaki Williams failed to connect with a cross from the left. The result takes Ghana into second in Group H on three points.

The South Koreans were disappointed after the loss. In a video, that is doing the round on social media, their star player and captain Son Heung-min could be seen crying when a member of the Ghana coaching staff takes a selfie with him. However, another member of the Ghana staff tells him to stop.

Ghana Coaching staff taking a selfie with Son Heung Min while he was crying after that game against Ghana.

South Korea have just one point, gained in their opening 0-0 draw against Uruguay.

“It was emotional, ups and downs,” said Ghana coach Otto Addo, who admitted South Korea were dominant at the start of the match and gave his team huge problems after the break.

“At the end we were a bit lucky but this is football,” he added. “Against Portugal we were unlucky and now we’re lucky and we’re really, really happy that our passionate fight got rewarded.”