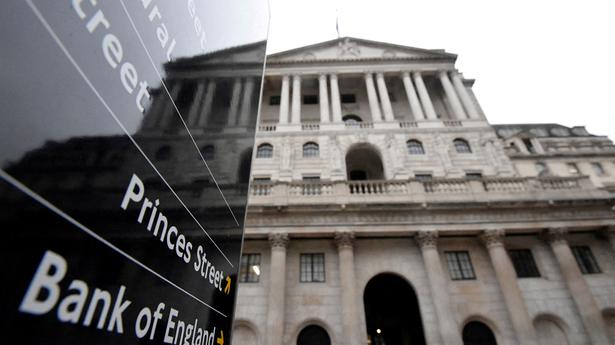 U.K. economy projected to go into recession from the fourth quarter of 2022, with GDP shrinking in five consecutive quarters: BoE

U.K. economy projected to go into recession from the fourth quarter of 2022, with GDP shrinking in five consecutive quarters: BoE

In a response to soaring inflation, the Monetary Policy Committee (MPC) of the Bank of England (BoE) on Thursday voted 8-1 to raise the U.K.’s bank rate by half a percentage point to 1.75%, the highest-ever increase since 1995.

The U.K. economy is projected to go into recession from the fourth quarter (Q4) of 2022, with GDP shrinking in five consecutive quarters, as per the BoE. Inflation, as measured by CPI, is expected to just cross 13.4% in Q4 2022, and remain high through most of 2023, before falling to the 2% target level the year after next. This is higher than the BoE May inflation forecast, as inflationary pressures in the U.K. and Europe have increased since May.

“That largely reflects a near doubling in wholesale gas prices since May, owing to Russia’s restriction of gas supplies to Europe and the risk of further curbs,” the BoE said in a statement, adding that inflationary pressures are expected to dissipate eventually, with global commodity prices expected to rise no further.

The bank, which follows a 2% inflation target, reiterated that the “MPC’s remit is clear that the inflation target applies at all times, reflecting the primacy of price stability in the U.K. monetary policy framework”.

Thursday’s announcement follows similar actions by the U.S. Federal Reserve and the European Central Bank. The Federal Reserve had just last week announced a rate increase of 75 basis points, as the U.S. faced more than 9% inflation, its highest in 41 years.