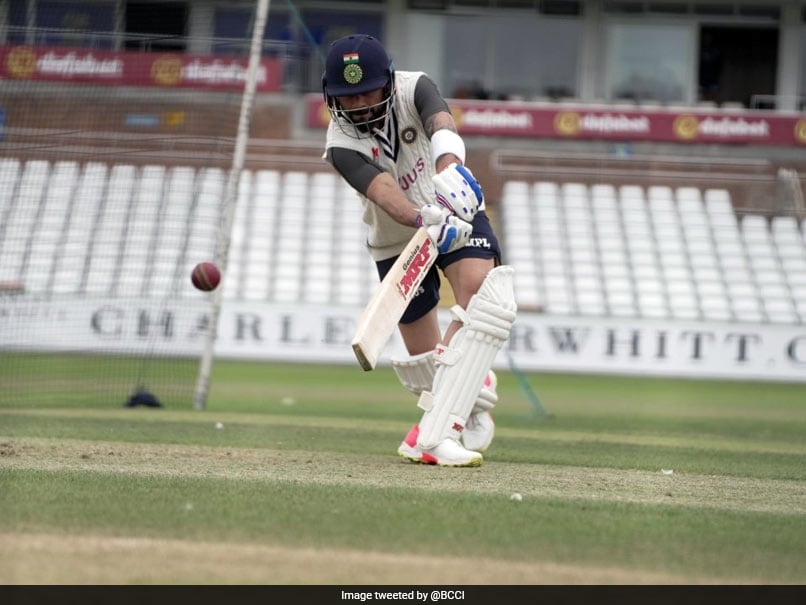 ENG vs IND: Virat Kohli trains during a practice session at Durham.© Twitter


With Team India set to face England in a five-match Test series, the Board of Control for Cricket in India (BCCI) took to social media to post some photos from “centre wicket training” in Durham. The series between the sides begins from August 4, and the first Test match will take place at Trent Bridge, Nottingham. Taking to Twitter, the BCCI captioned the photos as, “#TeamIndia back at it and having a centre wicket training at Durham Cricket Club ahead of the five-match Test series against England. #ENGvIND”.

Here are the photos:

#TeamIndia back at it and having a centre wicket training at Durham Cricket Club ahead of the five-match Test series against England.#ENGvIND pic.twitter.com/Y71qe4b4mo

In the pics posted, the likes of Virat Kohli and Cheteshwar Pujara can be seen having net sessions.

The visitors recently played a warm-up match against a Select County XI in Durham, which ended in a draw.

The upcoming series will be an important test for Virat Kohli, considering India lost in the World Test Championship (WTC) final to New Zealand. The Kane Williamson-led New Zealand won by eight wickets at the Hampshire Bowl in Southampton.

The visitors faced an early setback when wicketkeeper-batsman Rishabh Pant tested positive for COVID-19 and couldn’t travel to Durham. Since then, Pant has recovered and has joined the rest of the team.

Moreover, the Indian ODI and T20I team is currently touring Sri Lanka and they have won a three-match ODI series on tour.

The T20I series that followed the ODIs has been hit by the virus, too, with India all-rounder Krunal Pandya testing positive on Tuesday.

Subsequently, the second T20I scheduled for July 27 has been postponed to July 28. India lead the three-match series 1-0.