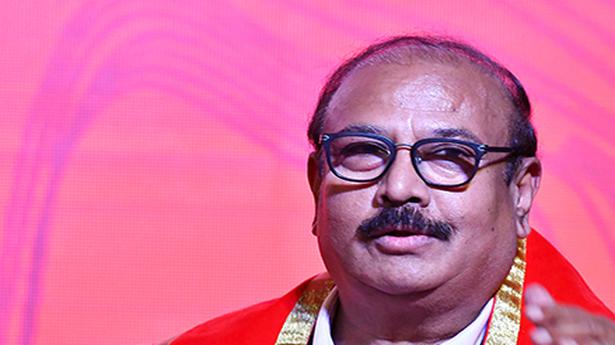 Clinical trials of Bharat Biotech’s intranasal COVID vaccine candidate as a primary (two) dose and a heterologous booster dose have been completed and the data submitted for approval to national regulatory authorities.

BBV154, the vaccine, has proven to be safe, well-tolerated and immunogenic in controlled clinical trials, the vaccine maker said announcing submission of the data on completion of the trials in which nearly 4,000 volunteers participated.

“On this 75th Independence Day, we are proud to announce successful completion of clinical trials for BBV154 intranasal vaccine. If approved, this vaccine will make it easier to deploy in mass immunization campaigns with an easy to administer formulation and delivery device,” Joint Managing Director Suchitra K. Ella said.

Being intranasal, it may produce local antibodies in the upper respiratory tract which may provide the potential to reduce infection and transmission. Further studies are being planned, the company said.

The heterologous booster dose studies were conducted, in nine sites, for safety and immunogenicity in about 875 subjects as part of which BBV154 intranasal vaccine was administered as a booster dose (3rd dose) to the participants vaccinated with licensed COVID vaccines, Bharat Biotech said.

A “recombinant replication-deficient adenovirus vectored vaccine with a pre-fusion stabilized spike protein the vaccine candidate was evaluated earlier in phase I and II clinical trials with successful results. BBV154 has been formulated to allow intranasal delivery. In addition, the nasal delivery system has been designed and developed to be cost-effective in low and middle-income countries,” it said.

BBV154 has been developed in partnership with Washington University St Louis, which designed and developed the recombinant adenoviral vectored constructs and evaluated them in preclinical studies for efficacy.

The product development and clinical trials were partly funded by the government of India through the Department of Biotechnology’s COVID Suraksha programme, the Hyderabad-based firm said.