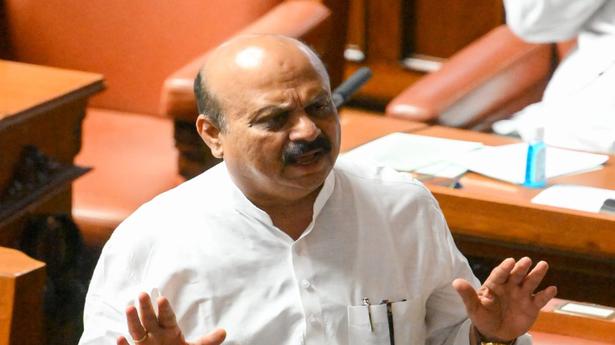 Some communities in the Scheduled Caste, Scheduled Tribe and OBC categories have been demanding a hike in reservation

Some communities in the Scheduled Caste, Scheduled Tribe and OBC categories have been demanding a hike in reservation

Amid pandemonium in the Legislative Assembly on Friday, Chief Minister Basavaraj Bommai said he would convene an all-party meeting in a week to take a decision on increasing reservation, as demanded by some communities in the Scheduled Caste, Scheduled Tribe, and OBC categories.

Mr. Bommai said committees headed by the former Upalokayukta Subhash B. Adi and the former judge Nagamohan Das had submitted recommendations to the government and that the government was committed to providing justice to various communities seeking an increase in the quota. “The government has to take a decision very carefully by considering all aspects since the courts have been reviewing issues related to reservation,” Mr. Bommai said.

Leader of the Opposition Siddaramaiah and JD(S) floor leader H.D. Kumaraswamy too welcomed the Chief Minister’s decision and demanded an early meeting on the issue.

Currently, the State provides 32% reservation for OBCs, 15% for SCs, and 3% for STs, totalling 50% as capped by the Supreme Court. If the demands by various communities have to be met, total reservation would have to breach the 50% mark.