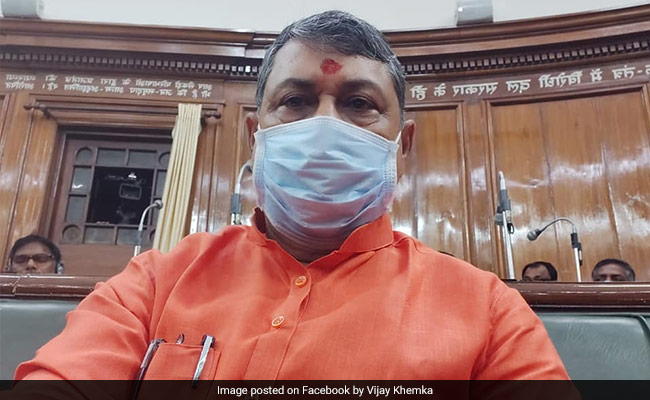 A calling attention motion to the effect was moved by MLA Vijay Kumar Khemka.

In an embarrassment to the Nitish Kumar government in Bihar, an MLA of the ruling BJP on Wednesday raised on the floor of the assembly the demand for bringing in a population control legislation, adopting a stance at variance with that of the chief minister.

A calling attention motion to the effect was moved by MLA Vijay Kumar Khemka.

“We want to draw the attention of the House towards the need for imposing the two-child norm across all castes and communities,” the motion said.

The government, predictably, chose not to say anything in response to the calling attention motion wherein a demand was raised for implementation of the Karunakaran Committee report, which proposed measures like disqualifying from contesting elections those with more than two children.

Earlier, talking to reporters outside the Bihar Assembly, Mr Khemka said, “We request the government to give serious consideration to a population control law. It is as important as having a law to ban sale and consumption of alcohol.”

Asked whether it was a strategy by the BJP, which now enjoys the upper hand in the NDA in Bihar, to nettle Nitish Kumar, Mr Khemka replied coyly “it is not about the party. It is about the whole society”.

Notably, Mr Kumar, who controls the JD(U), had recently expressed his disagreement with population control bills brought in by BJP governments in states like Assam and Uttar Pradesh.

He had held the view that raising public awareness and boosting women’s education achieved the target better, as evident from the experience in Bihar.

BJP cadres have been of the opinion that Mr Kumar has been shying away from the legislative route for population control since it would also bring under its ambit the Muslim community, whom they accuse of reluctance to take up family planning.