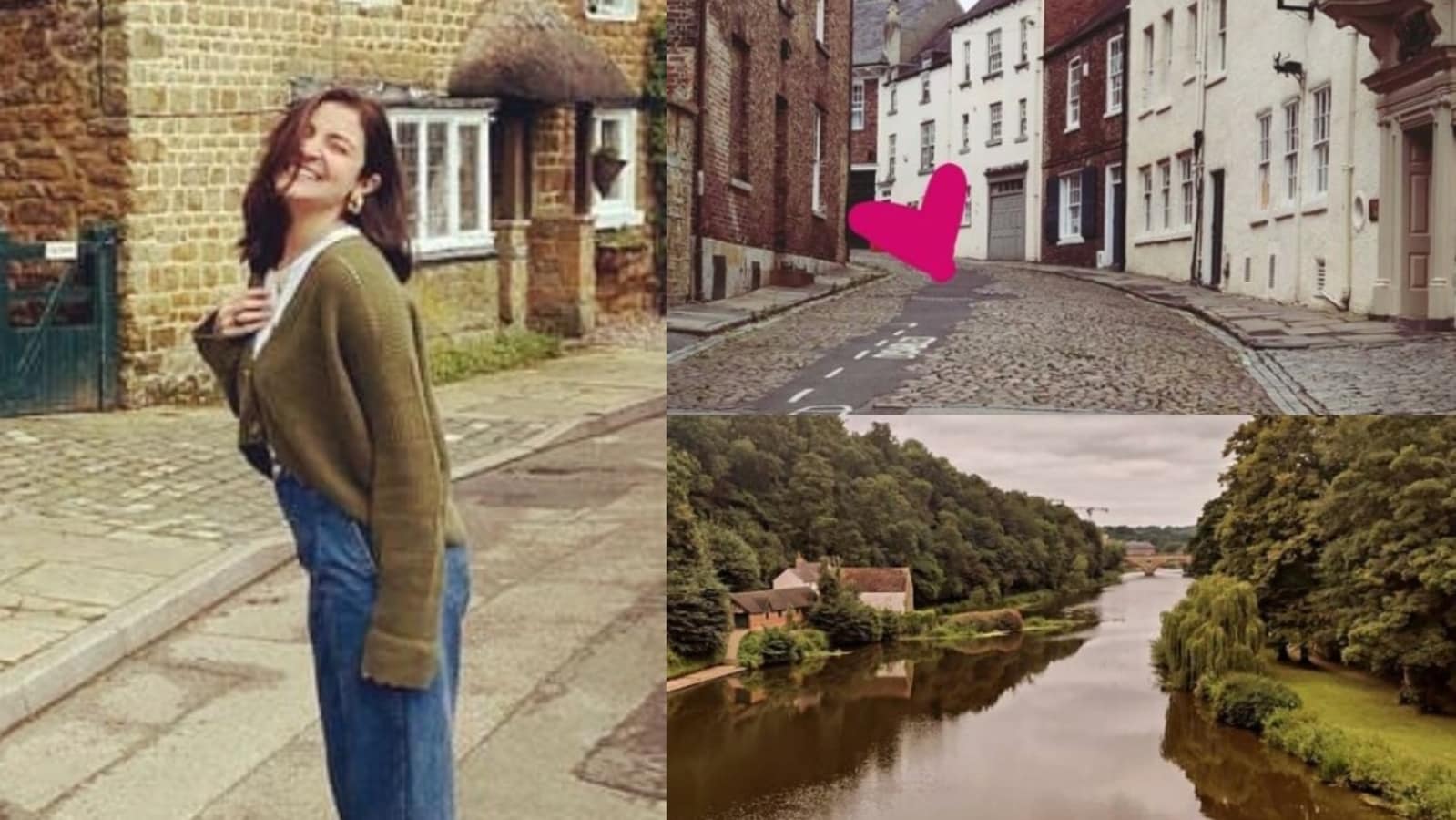 Anushka Sharma has shared new pictures from her United Kingdom trip. The actor is in the country with her husband, cricketer Virat Kohli and the members of Team India.

On Saturday evening, Anushka Sharma shared a picture of an empty alley. The narrow lane was surrounded by old buildings. Anushka shared the picture with a heart sketched on it. The second picture featured a stream that was surrounded by luscious green trees. One could also spot an old house resting on the bank of the stream. Anushka shared the second picture and geo-tagged the location to be Durham.

Anushka and Virat travelled to the United Kingdom last month. The duo, along with their daughter Vamika, had travelled to the country ahead of India’s World Test Championship final against New Zealand. The team has been stationed in the country as they prepare for another series. Team India is expected to play against England for a five-match Test series starting in August.

Over the past few weeks, Anushka and Virat have been spending time with each other, exploring the country and enjoying breakfast dates together. Last week, Anushka had shared a series of pictures with Virat, wherein the duo was seen taking a walk through a neighbourhood. She shared the pictures with a cheeky caption. “Was just casually prancing around town. Running a hand through my hair. A fan spotted me. I obliged for a picture. He seemed happy . Anything for my fans !” she said, referring to Virat.

Also read: Aaliyah Kashyap says a man sends creepy fan fiction to her: ‘Shane Gregoire reads them to me’

The couple also celebrated Vamika’s half birthday with a picnic date. In pictures shared on Instagram, the actor was seen lying on a picnic mat while Vamika rested on top of her. Another picture showed Vamika in Virat’s arms. The couple also arranged for a special cake, that was decorated with flowers.

Anushka has been away from the camera since 2018’s Zero. However, she has been actively producing projects under her banner Clean Slate Films. Last year, she backed Bulbbul and Paatal Lok. This year, her production house announced that they were producing Irrfan Khan’s son Babil Khan’s acting debut project, Qala.