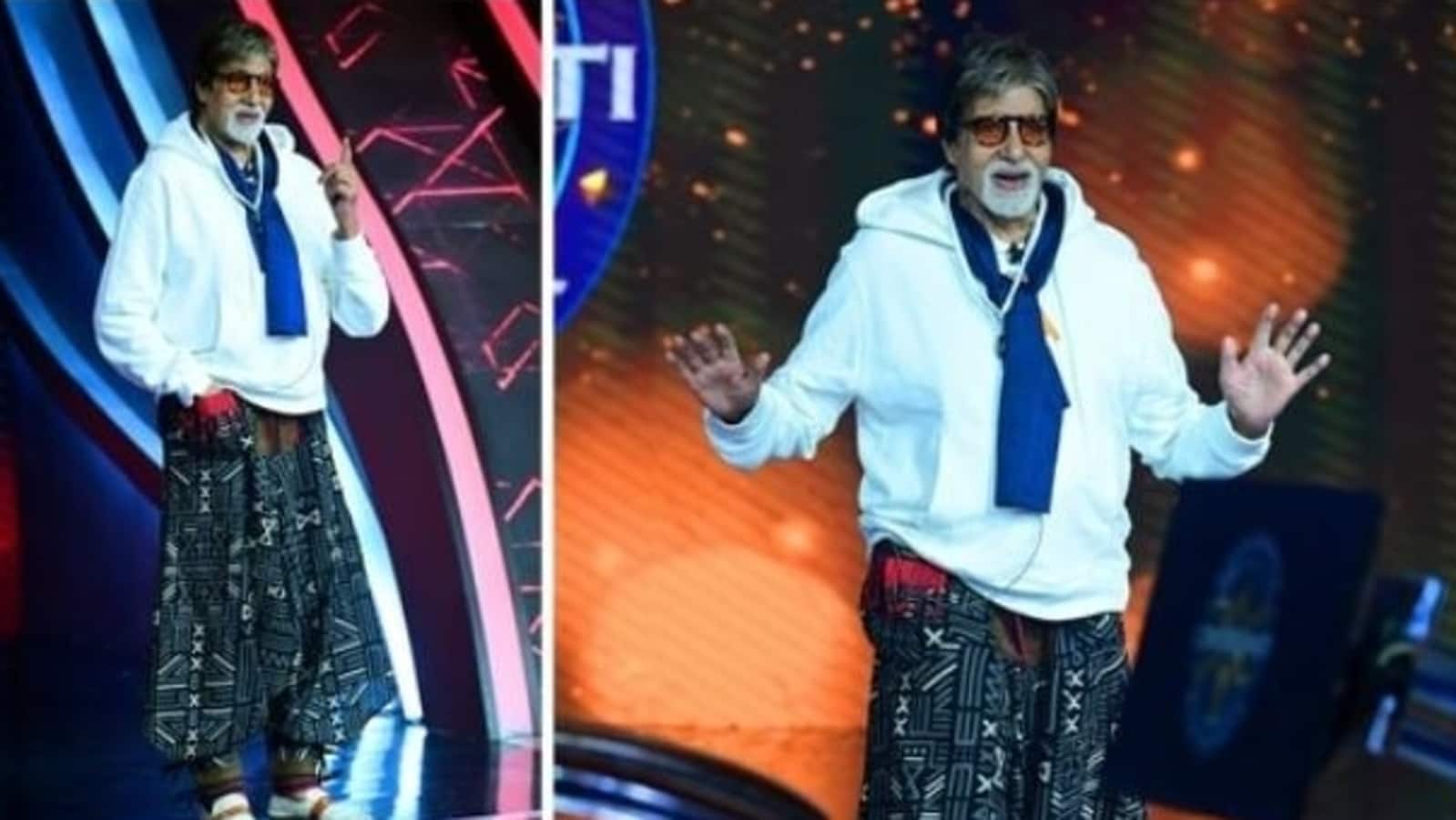 Months after he amused fans with his unlikely outfit – harem pants – on the sets of Kaun Banega Crorepati, Amitabh Bachchan has explained what made him wear those. A contestant asked Amitabh about his fashion choices and showed him a picture of the actor wearing the harem pants before the actor began explaining. (Also read: KBC 14’s first crorepati reveals what Amitabh Bachchan told her when she cried)

After Amitabh informed the KBC 14 audience that contestant Vaishnavi is a reporter, she told him that it was her desire to interview him. “There’s a story behind this. I was shooting in Rishikesh and spotted some men from the production team wearing these pants. As the wind blew, the pants would also flow and I liked them. They looked very comfortable, so I was like ‘humko bhi ye pajama chahiye (I want them for myself). Thoda ventilation ho jaata hai (It provides ventilation). I asked them and they told me they got it from the market. But when I sent a few people to the market, they could not get it.”

He added, “After a few days, the designer from the production team got it for me and sent it to me. Now the picture that you saw here, was shot on KBC set. I had come to the sets, not for KBC, but for rehearsals. I asked them if I had to wear suits like how I dress up for the shoot and they were like ‘it is a rehearsal, wear whatever you want’. I had just received those pyjamas so I wore them. And, I did not have a kurta, so just wore a shirt with it. That’s how this look happened, it was no fashion, but out of compulsion. This also had a red pocket, to keep keys.”

In July this year, Amitabh had shared pictures from the sets and he even wrote a poem to make fun of his own outfit. ““Pahanne ko dedia pyjama, laga saree ko faada, aage chhoti jeb dedi, aur peejhe laga hai naada (They have given me a pyjama which looks like it has been torn out of a saree. It has small pockets in the front and the tie-string at the back),” he wrote.