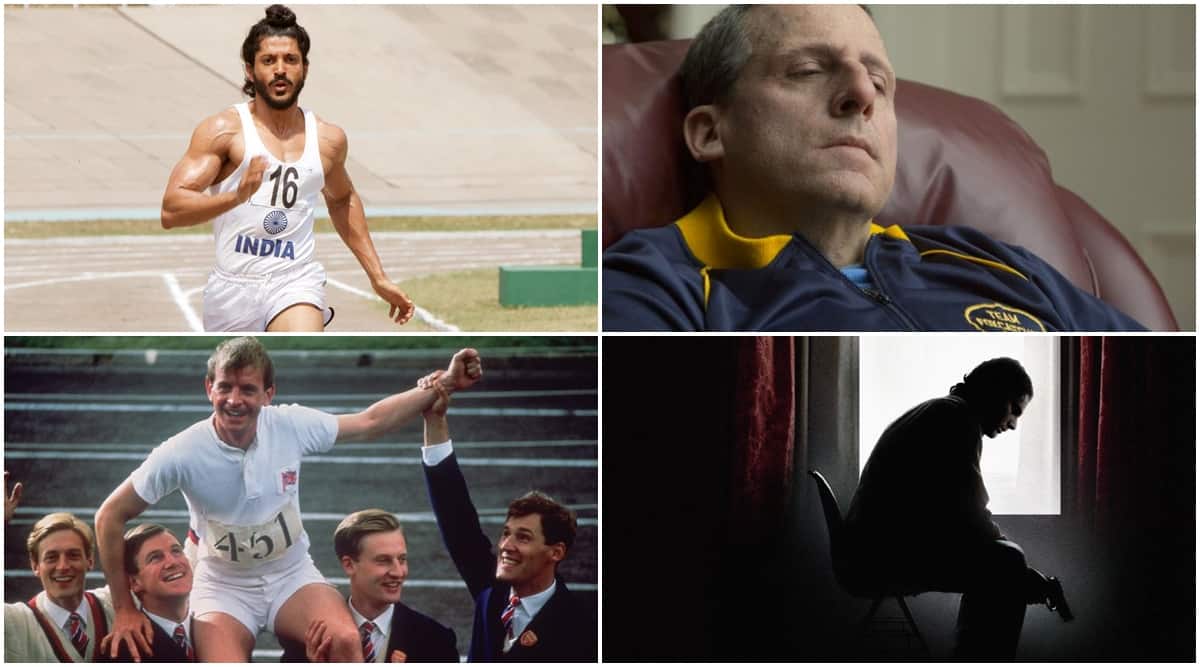 The Tokyo Olympics, which were initially scheduled to be held in 2020, are almost here. Despite Covid-19 pandemic-induced uncertainties surrounding the biggest and only truly global sporting event in the world due, it were given a go-ahead.

The world of sports and related events sometimes make for thrilling dramas that can be crafted into equally thrilling screenplays, which in turns results in great cinema. If you are looking forward to watching the games, you will doubtless enjoy these movies about the Olympics.

Perhaps the definitive Olympics movie and one of the best sports films ever made, Chariots of Fire is a story of two British athletes who took part in the 1924 Olympics. The film is stirring and emotional, a story of victory over one’s travails. It also explores the appeal of the Olympics and the origins of its current, fiercely competitive form. The pace might slacken at times, but Chariots of Fire is still a great sports film.

Directed by Aussie Craig Gillespie, this Margot Robbie-starrer recounts the life of Tonya Maxene Harding, an Olympic figure skater. Robbie played the character to perfection, with equal parts humour and poignancy, giving it a sort of complexity and sympathy without being cloying. The incident regarding Tonya Harding and her connection to attack on Nancy Kerrigan is painted in a different light than what the sensationalist press reported at the time. The film received criticism for focusing only on Harding’s side of the story. While this may be true, perhaps this was deliberately done on part of the makers, as the press and media had focused only on Kerrigan’s side anyway. The film seeks to correct the failure of the media, and at the same time is quite entertaining.

Starring Farhan Akhtar, Rakeysh Omprakash Mehra’s biopic on the iconic titular athlete, Milkha Singh, Bhaag Milkha Bhaag is an absolute triumph. The experience of watching this film will be tinged with poignancy now that the Flying Sikh has left this world. Bhaag Milkha Bhaag is a rare sports film that finds a fine balance between telling an emotional story and a dispassionate study of the life of a celebrated athlete.

Steven Spielberg’s Munich is not really a sports film, but it does centre around one of the most tragic events in Olympic history (if not *the* most*). In 1972 Summer Olympics in Munich, nine members of the Israeli Olympic team were taken hostage by Palestinian terrorists, who killed two players. Later, other hostages were also killed after a failed rescue attempt. After this, Israeli government ordered strategic, secretive retaliations for those responsible. Spielberg is a supporter of Israel, but his filmmaking sensibilities did not allow him to take sides. The film is not a chest-thumping celebration of targeted killings, but an examination of minds driven by vengeance.

Directed by Bennett Miller, and starring Steve Carell, Channing Tatum, and Mark Ruffalo, the film has Carell playing the role of an eccentric rich wrestling enthusiast. Tatum and Ruffalo play the roles of brothers, Mark and David Schultz, respectively who were both gold medal winners in 1984 Olympics. The film is darker than most sports dramas and is about sibling rivalry and the unhealthy win-whatever-the-cost attitude that many have regarding the Olympics or sports tournaments in general.